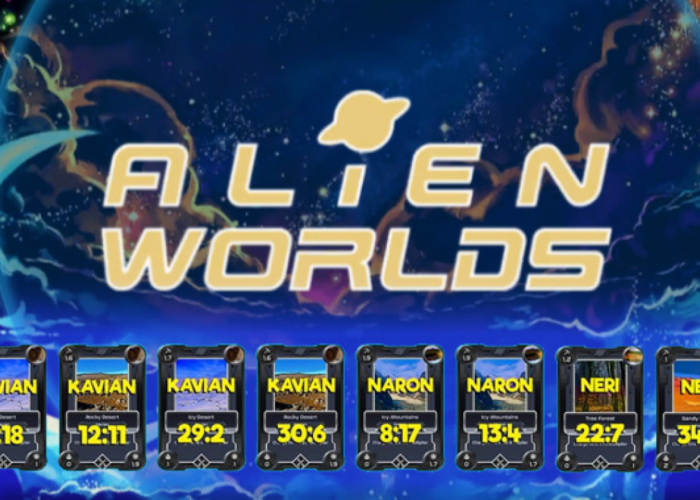 Since its inception, Alien Worlds has been up and doing, making sure that players get the best platform experiences. It is a quest-filled blockchain game in which players earn rewards by exploring the metaverse and relating with creatures on other planets. For one, Alien Worlds is arguably one of the best grand-strategy blockchain games at the moment.

Today, the popular NFT metaverse game informed players that it is currently the most-played blockchain game in the 3rd quarter of 2022. As reported by DappRadar, the game gained a 14% increase in unique active wallets (UAW) as opposed to the previous quarter. Undoubtedly, this is a huge win for the platform and the entire Alien Worlds community.

Notably, the announcement came in following the blockchain gaming update released by DappRadar for Q3 2022. DappRadar is an information-based platform dedicated to bringing decentralized apps to a global audience. This way, all projects in the Web3 space can reach a wider audience and make their desired marks.

👽 Exciting news explorers 🥳🤩
📢 According to @DappRadar report, Alien Worlds became once again the most played blockchain game with 190,770 average daily UAW, an increase of 14% from the previous quarter.📊 ⛏️🕹

Alien Worlds: The Most Played Blockchain Game in Q3 2022

According to DappRadar, the Web3 market condition is quite on the stormy side, but blockchain games are continually picking the pace. And this comes through as a result of the awareness creation surrounding the gaming communities.

Alien Worlds claimed the top spot again as the most-played blockchain game after a successful run in the 2nd quarter of 2022. The NFT game reportedly has a daily average of 190,770 unique active wallets (UAW). Also, the game has a regulated DeFi feature arising from a shortage of in-game resources.

The WAX blockchain – on which Alien Worlds is built – reportedly went down the ladder by 15% in UAW. However, it remained dominant as the top gaming protocol for the 3rd quarter of 2022. This is assumably attached to the success story of Alien Worlds.

Alien Worlds was not the only blockchain game to maintain its rank, as Splinterlands also remained in the second spot. Unlike Alien Worlds, Splinterlands witnessed a 47% decline, amounting to about 159,522 daily average UAW. However, the game has managed to build its fan base even with the stormy weather surrounding it. Among its huge endeavors is Runi, its latest NFT project.

Splinterlands announced Runi on September 16, 2022, and it promises to offer a unique NFT experience to users. Runi’s whitelisting went live on September 22, in which users were able to reserve 3 Runi NFTs per wallet. They were able to earn discounts using VOUCHER tokens on the NFTs. Later this month, the Runi NFTs will be up for purchase on OpenSea.

In a similar development, Era7:Game of Truth, the BNB-based game, experienced a lift in Q3. The blockchain game reached a total of 23,625 players, a 199% increase in activity compared to previous periods. It is noteworthy that Era7 partnered with multi-chain NFT marketplace, Element, to support Era7 WCT, the world’s first light-competition event in the Web3 space.

As agreed, Era WCT will hold 6-8 times annually, about every two months. The rewards will be communicated at the time of the event’s announcement. But by 2023, the cumulative prize fund is expected to go beyond $5 million.

Gameta Becomes the Most Used Dapp in September

Similarly, Gameta, one of the most engaging blockchain projects this year, had a smooth run in September. The Web3 gaming platform witnessed a 109% increase, amounting to a total of 69,000 UAW. This feat made it the most used decentralized application for the month of September, beating popular platforms like Pancakeswap.

Initially, Gameta was built on the Solana blockchain network, but it migrated to the BNB Smart Chain. And since then, it has recorded quite many successes. Furthermore, this achievement means it has improved by 253% from the 2nd quarter of 2022.

In 2013, Benji Bananas was launched as a mobile game. Basically, it involved simple rope-swinging that anyone could play for fun. The turnaround came in March 2022, when Animoca Brands, the developer, added p2e mechanics to the game.

Animoca Brands added the Ape Coin (APE) feature, which is linked to the popular NFT platform, Bored Ape Yacht Club (BAYC). In September this year, the game experienced a massive 2,468% increase in daily active users. This totaled the game’s daily players to about 29,000.

According to DappRadar, Axie Infinity’s daily UAW went down the ladder, although Q3 proved to be productive for the platform. Compared to the 2nd quarter, the metaverse’s daily UAW decreased by 86%. However, that did not hinder the Axie Infinity team from hitting amazing landmarks.

What Is Alien Worlds?

Alien Worlds is a strategy-based play-to-earn online video game that houses several experiences. The platform has quite many engaging features that allow users to compete against themselves, mine crypto tokens, and earn rewards in form of non-fungible tokens (NFTs). Also, it is built on the WAX blockchain network, which ensures smooth and secured transactions.

In the game, there are various missions – or quests – where each one houses different stories. By playing, players enjoy space experience and various in-game assets, including pet creatures, matter manipulators, work tools, and battle weapons. Additionally, there are six planets in the game’s metaverse, where players can visit and earn real cryptocurrencies. 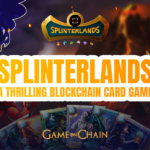