Sometime last month, Axie Infinity hosted AxieCon, a gathering of the Axie global community, in the beautiful Spanish city of Barcelona. The event featured a heated world championship tournament, where the best of the bests challenged themselves. With AxieCon, Axie Infinity was able to heighten the gaming spirit as well as promote inclusiveness among players.

While that was a global event, the popular p2e platform decided to take the experience to a “next level”. And this time, it was the turn of the Philippines to witness an immersive experience. On October 22, 2022, Axie Infinity hosted the largest Axie community meetup in Cabanatuan, Philippines.

The event aimed to bring together all Axie community members in the Philippines, including those in the diaspora. Also, it allowed all members to contribute to an unforgettable experience, one that they can always recall for good. Additionally, the event was geared towards promoting healthy competition among the Filipino players.

Notably, the October 22 Filipino community meetup held at Cabanatuan was announced during the Season 1 launch of Axie Infinity: Origins in the Philippines. The community meetup was held in Cabanatuan, the most populous city in the province of Nueva Ecija. The event featured various content-based activities and an unforgettable LAN tournament – the largest so far in the Philippines.

Additionally, panel discussions were held, with talks coming from the Philippines-based Axie Infinity OGs like Spraky and Kookoo. Various guilds were represented at the occasion. Not only that, but the Philippine lead for Axie Infinity, Nix Eniego, also addressed the Axie Philippines community. He further went on to thank them for their unflinching support and cooperation, adding that more projects are on the way.

A large @axiephofficial gathering happened in a Philippine province which was the epicenter of @AxieInfinity adoption in the country. 🇵🇭

Check out what happened during the event. 👇#crypto #CryptoNews #Cryptocurrencies #DeFi #GameFi https://t.co/hhyCcDiurN

“The event was amazing. The total headcount was around 800 people,” commented Nix Eniego, Philippines Lead for Axie Infinity, while interviewed by BSC News. He continued by saying, “The largest physical gathering of Lunacians in the Philippines, and maybe the second biggest after AxieCon! The Sky Mavis team was happy with the turnout and glad that we are able to connect with the community where Axie’s Philippine growth began.”

Following the announcement of Season 1 of Axie Infinity: Origins, the game’s Filipino community threw a party to celebrate it. The event was organized by Draper Startup House, a solution-oriented firm, and Community Gaming. Notably, it was held on September 17, 2022.

“The event was really fun,” commented Shiela Bertillo, Axie community member. “Physical events like this and interacting with community members never fails to ignite the fire in me to continue being here.”

The party also featured a list of important guests, including Leah Callon-Butler, director of Emfarsis, Nix Eniego, Philippine Lead for Axie Infinity, and Esports manager for Axie Infinity, Stewart. In the same vein, popular content creator, Extra Rai, was the host, and Filipino casters, Invictum and Archer Perez, contributed greatly to the event’s success. In addition, Pandauser helped with live streaming, especially when there were audio glitches with live play calls.

“I am grateful about every moment and experience of putting this event together,” said ChristianDV, event planner and coordinator. “It was really a challenge for the team to make everything smooth and give a fun experience because I have a strong desire to give back to the community that I love. Kudos to the team for adapting in every situation to make the event successful.”

The party also featured a heated LAN tournament in which two of the top four finalists were from METAT8, a top Axie Esports team. A total of 32 players were in the esports tournament, in which no runes and charms were utilized.

Penelope and Hashekiii were the two METAT8 stars in the top four spots, with others being LLGMobius’ Dino and a unique participant, Cryons. The first semifinal match sent Cryons packing, as his double plant aqua build could not conquer Dino’s poison reptile build. Hence, Dino secured a place in the finals with a 2-0 win.

The second semifinal match was quite a test of brotherhood as the two METAT8 players battled it out. Both players showcased interesting quality right from their buildups, with a similar triple plant with cactus and carrot builds. However, Hashekiii got on the better side of luck after a clutch leafy play, sending him straight into the finals with a 2-0 match win.

The final showdown featured a double bird aqua build from Dino and the usual triple plant build from Hashekiii. The METAT8 player grabbed an early 1-0 lead, forcing Dino to switch to his usual poison reptile build. However, Hashekiii employed a two-stacked leafy play, which earned him a 2-0 lead.

The match ended 3-0 in favor of METAT8’s Hashekiii, after he dominated a 2v1 situation with his triple carrot plants. Notably, the win is an addition to METAT8’s success streak. The popular Axie Esports team stole the show in a similar manner at the AxieCon event in Barcelona, Spain.

“We’re always helping each other out in METAT8.” I got input from my teammates and coaches. Others even lent me some Axies that I can use for this tournament. I’m really thankful to them,” said Hashekiii after the event.

As a popular play-to-earn online video game, Axie Infinity has a design that is similar to pre-existing games like Pokemon. Currently, the game is one of the best p2e projects in the Web3 space, with counterparts including Decentraland and The Sandbox. Also, it is built on the Ethereum blockchain network, which secures the overall gameplay and transactions.

Additionally, the platform deals with creatures called Axies, which can be collected, bred, trained, and traded on the Axie Infinity marketplace. Each Axie is special, with unique attributes, and they are used to fight battles. Interestingly, every Axie is customizable, with about 500 unique in-game designs available. 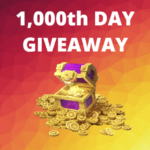 The Sandbox Celebrates 1000th day of the Metaverse with SAND Reward

The Sandbox Celebrates 1000th day of the Metaverse with SAND Reward