Axie Infinity has announced that after the current Origins maintenance window is over, the following changes will take effect. This is close on the heels of their recent October Development Update and the first balancing patch for Origins.

This time around, the Rock, Paper, Scissors portion of Axie Infinity Origins has been altered, and numerous bugs have been fixed.

The updates to Rock, Paper, Scissors are:

The improvements and bug fixes coming include:

What is Axie Infinity?

Sky Mavis introduced Axie Infinity in March 2018. It is a real-time card-battle game developed on the Ronin Network, a side-chain connected to Ethereum. The foundation of the Axie Infinity metaverse is a race of fantastical beings known as Axies.

There is currently lots of exciting news coming out of 2022’s AxieCon event held in Spain, including Axie Infinity Raylights, which Nyambura at p2e Diary recently reported on.

What is Axie Infinity Origins?

These virtual companions can be crossed, and they aid players in Axie Infinity’s exploration and combat. Despite having a huge following, Axie Infinity still has a high barrier to entry. Therefore, the idea of Axie Origin was introduced in order to aid Web2 gamers in making a seamless transition to Web3 without any obstacles.

Although there are some similarities between the two games, there are also many key distinctions. Axie Origin has a new user interface and offers fresh gameplay elements, visuals, and narratives. The fact that it is free to use is its most significant benefit. Axie Infinity and Axie Infinity Origins have a number of significant differences, including:

The game Axie Origin is designed to be a quick-fire turn-based card battler game. Because of this, many Axie Infinity (V2) stats, including speed, are no longer relevant and will be duly eliminated. The Axies in Origin will have Hit Points (HP) instead.

Unlike Axie Infinity (V2) where cards have both attack and defense values, cards in Axie Origin will have only one of those. New battle tactics will result from this, and the current meta may become obsolete.

Axie’s eyes and ears will be represented by entirely new cards. As opposed to the four skills in Axie Infinity (V2), players will need to build their strategies around six Axie cards. Team compositions would undoubtedly change as a result, and players would need to use fresh tactics to triumph.

Runes and Charms are two brand-new powerups that debut in Axie Origin. These are similar to held items from Pokémon in that Axies can equip them to receive various buffs during a battle. The Axies will receive new passive powers from Runes, while Charms will improve their current skills.

Now, Axies will attack without any delay and immediately. In contrast to Axie Infinity (V2), users will use their cards in turn and will not select them at the start of a round.

Energy and cards that have not been used will not automatically accumulate during combat. As a result, there won’t be any incentives for trainers to forego turns and conserve energy. There would be controls for acquiring and retaining energy and cards, though.

Users of Axie Infinity (V2) complained about random critical hits, so the new Axie Origin version will not include them. The “rage” mechanic will be present in the Origin gameplay instead. Over the course of a battle, rage builds up, and it’s up to the player to know when to unleash it.

What is Rock, Paper, Scissors in Axie Infinity Origins?

At the beginning of each battle, players will play the game Rock, Paper, Scissors. The victor will decide whether to start the battle gameplay first or second.

Isn’t there another use of the phrase ‘Rock, Paper, Scissors’ in Axie Infinity?

Yes, there is another meaning to the term. The class bonuses and penalties in Axie Infinity battle are determined using the Rock-Paper-Scissors strategy. Somewhat akin to the types in Pokemon. The bonuses are shown in the illustration above.

When playing a card’s class against an opponent’s Axie’s body class, the class bonuses and penalties are applied. A +10% attack bonus, for instance, when using a Plant Card to counter a Bird Axe.

Additionally, an Axie who uses cards from the same class receives an extra 10% bonus on attack and shield. Additionally, the bonuses for Card Class and Body Class may be combined. A Beast Axe using Plant Card against a Bird Axe, for instance, will receive a 10% attack bonus.

Keep up to date with more Axie Infinity news at Play to Earn Diary. 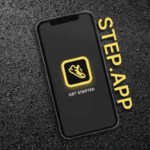