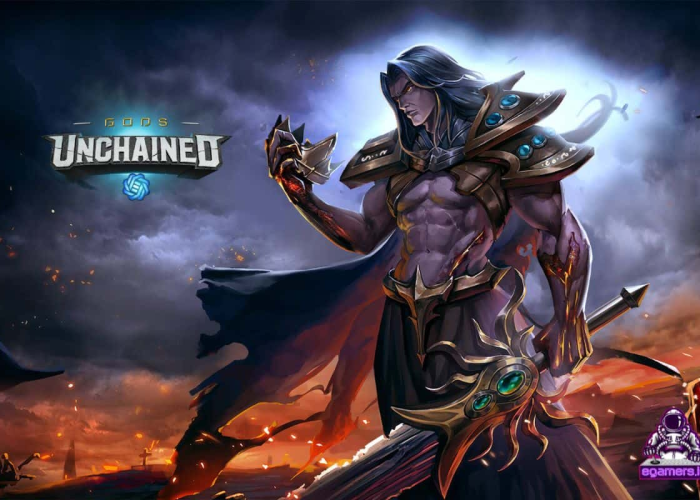 Gods unchained has been enjoying monumental success and is outstripping every other P2E game on the market. The NFT-based card strategy game is on the Immutable blockchain. It uses Ethereum to bring actual digital ownership to players and provide the means to earn items that matter.

As the gaming industry continues to grow and turns over billions of dollars annually, it isn’t surprising that there’s an increasing interest in investing in this booming industry. However, besides having a good gaming experience, players can only benefit indirectly from these games.

There are a few different ways to engage with the gaming industry and earn from playing. P2E games empower players to make from their game time and truly participate in the growth of their favorite metaverses.

The P2E model allows you to earn and trade assets for real money. In the case of Gods Unchained, money is Ethereum. Players earn in-game items that they sell on the Immutable X marketplace.

Gods Unchained organizes weekend tournaments players can earn extension packs or forge non-NFT cards made in-game and fused to create meteorite NFT cards that can be sold to other players or used in-game. Finally, there are P2E events where players can earn much greater rewards.

While users can play Gods Unchained without a wallet, they’ll need one to unlock the full potential, own their cards as NFTs, or earn $GODS rewards. Only individual players have access to their Wallet, and they’ll need to connect a Wallet to their Gods Unchained account.

There are many types of crypto wallets, but the top recommendations are either a MetaMask or GameStop wallet, as they are compatible with Gods Unchained and Immutable X.

These providers have browser extensions that allow players to interact easily with the Ethereum network. Using the extensions, they create a wallet and link it to Gods Unchained to sign in, make purchases, and view in-game items.

Gods Unchained is free-to-play and provides opportunities for users to earn. An essential aspect of the Gods Unchained system is the $GODS token.

$GODS tokens are designed to be Gods Unchained’s primary reward mechanism. By offering ERC-20 tokens, players can earn rewards that can be easily traded with others or leveraged outside the game.

Issuing $GODS tokens to all participants in the economy, including third-party developers, content creators, and the community, works to align incentives around Gods Unchained.

$GODS tokens will be distributed sustainably via a fixed supply schedule. Not only are we rewarding early adopters, but we’re ensuring we can continue to reward new users for years to come.

Players can use $GODS tokens as fees for the forge feature in Gods Unchained. Players craft NFTs to sell in-game or on the marketplace through the forge feature. Users with two identical plain cards can fuse them to create a Meteorite card with real-world value.

The simplest way to earn in Gods Unchained, players to receive staking rewards when they qualify as active stakers. The staking pool consists of $GODS tokens players collect from the forge and acquisition activity in the marketplace. Staking rewards are claimable to all users who qualify at a seven-day interval.

Through voting, users can qualify as active stakers and earn rewards from the staking pool. Players with $GODS tokens are eligible to vote in any community proposal. When a player attains a certain number of tokens available, they can submit a proposal, and other members can vote on it.

The process takes as little as 15 minutes, and players need a smartphone or computer, an internet connection, photo identification, and a means of payment.

There are currently four types of packs on offer at different price points: Rare Pack, Epic Pack, Legendary Pack, and Shiny Legendary Pack. Which pack has the best value? How much of each pack should you buy? We’ve done the math, and here are the results:

If your goal is to complete a Set of all 380 cards:

Rare Packs are the best source of Rares + Epics, and players should prioritize these over the Legendary packs (Epic Packs are terrible value and should not be touched). Once players reach the optimal number of Epics – as you will collect all Commons & Rares way before Epics – you can only switch to cracking Legendary packs.

If Your Goal Is To Complete A Set Of All 380 Cards In Shadow, Gold, Or Diamond Shine level:

Collecting a Shiny Set of any level is only feasible from partially opening packs as their drop rates are meager (5% for Shadow, 1% for Gold, 0.2% for Diamond). For Commons, Rares, and Epic Shinies, Rare packs are still the best source because players give themselves the best chance to procure the Shinies for the least amount spent.

Forging along with Trading will be the best way to complete your Shiny collection once the game launches.

If Your Goal Is To Pull The Undiscovered Mythical Card From Packs:

The chance for any card in any pack to be Mythic is one in a million – literally. “So you’re saying there’s a chance?!” Yes! And Rare packs are once again your best bet.

If Your Goal Is To Achieve Maximum Value Now So You Can Trade Your Cards For Whatever You Want Later:

Every Rare Pack gives you 1/40 of a Legendary, 1/5.7 of an Epic, and 1.1 Rares, not to mention the best chance at Shinies and Mythic per amount spent.

Assuming some of the most played and sought-after cards will be Rares and Epics (as Legendaries will be limited to one per deck, compared to 2 for every other Rarity), players will trade duplicates for excellent value in secondary markets.

So, there you have it! There are many ways to invest in Gods Unchained, and it’s sure to be a lucrative investment. This game is being continually updated, and as the most popular P2E game out there, it’s setting trends for the future of Web3.

To read more about the success of Gods Unchained, check out our article here. Read our guide for a complete guide on getting started on your Gods Unchained journey.