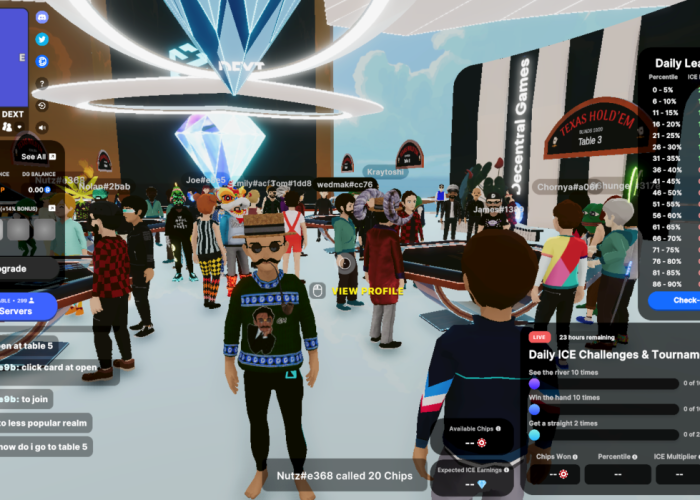 With innovations coming into the cryptocurrency space, it is unsurprising that many people find the crypto world fascinating. From the breakthroughs of digital assets like Bitcoin and Ethereum to high-value airdrops, the crypto world undoubtedly has a lot of goodies to offer. And among those “goodies” are the play-to-earn (P2E) games.

Since their arrival, play-to-earn games have created healthy competition and high levels of mental productivity in players. Not only that, but crypto firms also make fortunes out of P2E games. For example, one of the popular play-to-earn games, Axie Infinity, generates an estimated  $1.2 billion in income annually.

For the majority of people, the introduction of play-to-earn games is a welcome but “somehow” idea. This is because, while you can gain pleasure from playing games, it is practically unthinkable for you to earn from them. Well, it is! – It is now possible to convert your time on games to real money or its equivalents.

This is as opposed to traditional games where players derive only pleasure. The game designs might be different, but games that can earn you amazing in-game rewards or tradable NFT tokens, are worth your time.

Although P2E games perform similarly to their traditional equivalents, having in-game assets that can either be used as crypto or exchanged for real money opens up a world of gaming opportunities.

Via well-designed layouts, players have full control of their in-game assets, which are minted as NFTs on the blockchain, thanks to NFT-driven games. This way, players can depend on skill and precision rather than sheer luck, win more, and earn more.

Over time, gold farming, gambling, and illegal markets for in-game goods were the only ways by which people made money from video games. But now, the advent of blockchain technology and NFTs simply changed the trends.

You can now earn rewards by performing tasks, competing against other players, and advancing through multiple game levels – just like traditional games.

In-game rewards include cryptocurrency tokens, virtual lands, skins, weapons, and other NFTs. Since play-to-earn games are decentralized, players can buy, exchange, and offer their in-game rewards for real money outside the games’ virtual universe. Also, through centralized and decentralized cryptocurrency exchanges, it is possible to convert in-game digital tokens into stablecoins. This way, the resources can be converted to fiat currencies or sold or traded on online exchanges.

How do crypto games work?

In crypto games, players can earn anything from cards to skins to crypto tokens or even NFTs. The hint is that the more you play, the more assets you can gather, and perhaps, the higher your rank gets in the game. And since games can be addictive, crypto games have gained a lot of attention from players globally.

Unlike pay-to-play game models, where players must spend cash to determine how far they go in the games, play-to-earn crypto games give players residency over whatever they win.

Most P2E games allow players to contribute to their development processes through reviews and comments. This way, the developers collaborate with the players and enhance the gaming experiences. To promote further community-building within the player base of a P2E game, teams of devoted gamers often come together to join a decentralized autonomous organization (DAO).

The rise of the play-to-earn model

For a long time, many believed that gamers were people who do badly in time management, wasting precious time doing “nothing” productive. However, the play-to-earn gaming model has come to change that.

Game developers are also affected by traditional gaming models. Since no provisions were made for players to earn, the developers never had the chance to earn massively from their games. Take Dream League Soccer as an example; since there are no play-to-earn features in the game, players organize tournaments with prizes for the winners. This way, only the players benefit, leaving the developers out.

Play-to-earn games have several benefits. For example, Axie Infinity has 2.8 million daily users and a $3.8 billion trading volume, making it one of the most popular play-to-earn games. In some nations, like the Philippines and Indonesia, people play Axie to support their families. Interestingly, Axie owners can lend their NFTs to other players thanks to “Axie scholarship” programs.

The potential of NFTs and play-to-earn games have attracted the attention of the mainstream gaming industry. French video game juggernaut Ubisoft has already revealed plans for Ubisoft Quartz, a platform that enables players to accumulate and spend NFTs based on the Tezos blockchain.

Through P2E games, players get fully engaged in virtual world activities. As such, Decentralized finance (DeFi), non-fungible tokens (NFTs), and blockchain technology are advanced features used to give them the best gaming experiences.

Play-to-earn games “provide value back to the players,” according to Olga Vorobyeva, a blockchain adviser. Unlike traditional games, play-to-earn games allow players to acquire and transfer in-game assets outside the game’s virtual environment due to their decentralized structure.

Traditional games use closed-end models, according to Vorobyeva. To advance or unlock prizes, players must spend a lot of time performing tedious activities in the game. Thus, players do not get real value out of these in-game assets, leaving them at the mercy of the developers.

On the other hand, P2E games turn the tables. Rather than the in-game assets being at the mercy of the developers, players have full control over them. Thus, they get real value for their assets and develop more interest in the games, creating more engagements for gaming companies.

How To Earn Crypto Playing Games?

The intriguing thing about these P2E games is the ability to earn reasonable amounts of money while having fun. Players can make money from play-to-earn games by:

Playing to earn ideas is not entirely new. Many online traditional games have secondary marketplaces or fiat-based auction houses run by gold farmers. The main distinction between these traditional and P2E games is that the latter’s transactions are recorded on the blockchain network. This way, players are sure of legitimacy and regulated gameplay.

Fraud or corruption, such as item duplication, hacking, and other exploits that are widespread in traditional games, can be avoided when developing blockchain-based games. Blockchain denies replication and other fraudulent activities. As a result, in-game assets are more genuine.

The likely earnings from crypto games have been huge since they gained much adoption in a short time. However, most of them need both an initial investment and a learning curve before you can earn the rewards.

You can gain valuable cryptocurrency rewards if you are determined with diligence to go a long way in the Gamefi industry. Crypto gaming establishes a decentralized strategy where users can possess a portion of the game. As players advance through the game, they can transfer items they obtained and purchase assets needed for in-game purchases to other games. 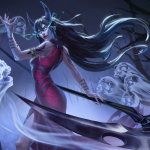