In less than 48 hours, the Illuvinati Council Elections will begin! Who is the best candidate to represent the DAO’s interests? Each candidate has a solo interview posted on YouTube, where they can share their thoughts and feelings about the role. Ultimately, Illuvium was designed to be a community-run, open, transparent, and open NFT project. Token holders can vote for council candidates to ensure a sense of community. So let’s find out more about each candidate and the voting process!

Voting for the Illuvinati Council Elections begins in less than 48 hours!🚀

Who’ll best serve the interests of the DAO? We’ve got 1:1 interviews with each nominee; watch as they share their thoughts!🥳https://t.co/8KOXeHnKg0

DAO Governance and The Illuvinati

In general, DAO governance refers to the rules governing the operations and processes of the DAO, along with the specific actions of its members. Users have the right to vote on some procedures, which runs entirely autonomously.

Illuvium was conceived to create an open, transparent, and community-governed collectible NFT game. Using the Illuvinati Council, the community of $ILV holders will govern and maintain the protocol and what kinds of changes can be proposed. A few Synthetix core contributors have contributed their input on the governance process, which we have modeled based on the Ethereum EIPs and early versions of open-source change control.

As well as delegating their vote to a nominee, holders of $ILV may nominate individuals for council seats. A formal voting period lasts 72 hours after the due date for the election in order to elect the 5 members best suited to the role of governing the platform. Snapshot will collate all candidates and allow voters to decide who to vote for.

The members of the Illuvinati Council will serve for an entire Council Epoch (the length of the Epoch can be configured via an ICCP). Their main responsibilities during the Council Epoch will be to debate and vote on ICCPs and IIPs in a public forum on Discord. A council member withdrawing during an Epoch will not affect the council’s operation, but it will change the supermajority formula (normal proposals require a super majority).

Here, you can find a playlist of all the candidate interviews, where nominees can share their thoughts. So, we’re going to take a quick look at each nominee and what their opinions are, looking at what they can contribute to the council and, ultimately, the game.

Deraji is the first council nominee on the list. Deraji’s take oIt’s interesting to hear Deraji’s thoughts on the current structure and AIP. Deraji argues that compensation is validation of the commitment to the DAO, and commitment of the individual. As council members are compensated in accordance with their hard work, they are fairly and transparently paid. Valuation of time and talent is really important to Deraji.

Scoriox believes changing USD into $ILV is good, and it makes sense. Additionally, he is all for negotiating pay, with the possibility of also lowering it if necessary. His combination of workplace and educational experience gives a unique look to the role. As a designer, Scoriox has done a lot of UI design, bringing a unique quality as well, while understanding tokenomics and design elements.

Thanatos is the next candidate for the Illuvinati council. Concerning council salary, Thanatos believes the current state and salary is fair, but there’s a lack of transparency between players and council members and what they’re doing behind the scenes. Aside from that, he also spends a lot of time on Discord, engaging with Illuvium players and addressing real-world problems.

Animositas is the next council member nominee. He thinks it makes sense to use $ILV, and that compensation is a touchy topic, but the pay is pretty high right now, but not wildly high. Animositas also thinks the loudest voices capture the Illuvium community and that more transparency is necessary between the community and the council. In addition, he believes that governance B1 was designed with a more financial outlook in mind, which is not the kind of environment that inspires Illuvium to be, despite its previous financial bent. With new and different stakeholders, council members could amend this.

Vetemor is another council member nominee. He believes the payment is better for the runway and thinks the decision to use $ILV is good. The council pay is fair, but because of the bear market, people may be confused. Members of the council, however, should be paid for their work, with a solid incentive to perform their duties. Also, Vetemor believes he brings exceptional communication and empathy skills, willing to take on a range of views, even if he does not necessarily agree. 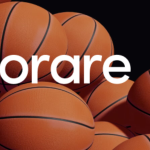 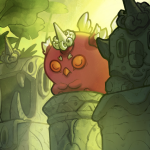