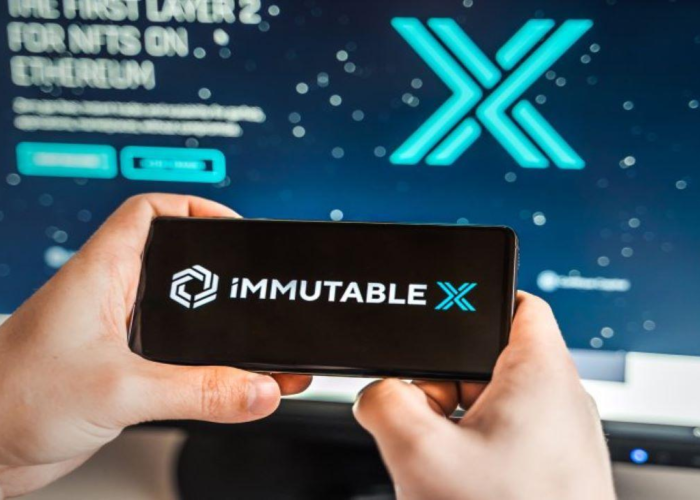 Robert Ferguson, the co-founder of Immutable X, took to his Twitter handle to make a few announcements concerning the platform’s private sale token unlock. In a string of tweets – dated October 28, 2022 – the co-founder also welcomed new investors into the space. Notably, the announcement was made after he talked about the future of Web3 gaming on October 24, 2022.

As part of Immutable X’s commitment to excellent service, Robert made it known to users that new investors have joined the platform. By collaborating with them, Immutable X will see to the satisfaction of its users. This it hopes to achieve by offering them fair and decentralized services at low-fee.

Previously, Robert Ferguson shared his views on the future of Web3 gaming, during which he emphasized that we are about 3 years away from a revolutionized Web3 gaming era. Furthermore, he noted that the Web3 gaming era will increase the involvement of the crypto market.

Thrilled to announce that we are in a position of full coverage for the upcoming private sale token unlock, with new investors @coinbase, @KeneticCapital, KRDA (+ more) joining on board. 🎉

The co-founder of the leading Web3 platform, Immutable X, stated that the platform is “in a position for full coverage for the upcoming private sale token unlock.” According to him, Immutable X has followed all plans and is ready to cover the anticipated unlock. Also, Robert shared a few steps that the platform has taken regarding the unlock.

As announced, Immutable X has consulted top ranks on the platform, which holds the largest number of $IMX tokens. Robert claimed that the platform reached out to 30 of them, as their $IMX tokens make up 85% of the unlock. Notably, many of the token holders are “long-term equity shareholders of Immutable as well.”

Since its inception, Immutable X has won the hearts of quite many brands due to its functional infrastructure. Notably, the platform has partnered with brands including NFTrade, NFT.NYC, Rarible, Cross The Ages, Kiraverse, and popular gaming studio, Aether Games. This is to ensure that users get the best Web3 experiences possible; thus, popularizing the idea of Web3 gaming.

However, the platform has gotten into new partnership deals with new investors. While it is believed that there are more investors, Robert mentioned three notable firms. They include popular online crypto marketplace, Coinbase, KRDA, blockchain investment company, and Kenetic Capital.

Speaking on the $IMT token holders, Robert Ferguson dropped a few stats on them. As mentioned earlier, he confirmed that a larger percentage of them are major shareholders of Immutable. As such, knowing a few details about their contribution to the unlock is not a bad idea.

Why Such High Holding Ratios?

Robert went on to give three reasons why these holders are in possession of such high ratios. His reasons are:

What Does the Immutable X Community Think About Robert’s Announcement?

@santiagoroel shared his opinion by saying, “Web3 gaming/collecting makes crypto relatable & will take it mainstream. A key step in that journey is building underlying infrastructure to support growing demand. I’ve been an early investor in @Immutable & impressed by their execution supporting many games I’m invested in.”

Web3 gaming/collecting makes crypto relatable & will take it mainstream. A key step in that journey is building underlying infrastructure to support growing demand. I’ve been an early investor in @Immutable & impressed by their execution supporting many games I’m invested in https://t.co/1cqEycplHj

Speaking on how Immutable X has hit huge landmarks, investor Galen Law-Kun commented: “From day 1, @DoublePeakGroup has been a proud holder of $IMX. To-date, @Immutable has become the No. 1 player in the market share for Web3 games & have onboarded more games in the last quarter than in the last 2 years. Web3 gaming is the nest $100B industry. $IMX is winning!”

Similarly, brands shared their opinions regarding the update from Robert. For example, Jehan Chu, founder of Kenetic Capital, said: “@KeneticCapital is early investor and hodlr in @Immutable and we’re incredibly impressed with their growth and traction. Web3 gaming is just getting started but @Immutable is already a leading force to be reckoned with. Looking forward to continuing our support!!”

Not only that, but Zebediah Rice also commented on the update. He said:

“Speaking as a co-founder of @KingRiverVC, we’re more bullish than ever on @Immutable so, it is ������ from us.”

Speaking as a co-founder of @KingRiverVC, we’re more bullish than ever on @Immutable so it is 💎🤲 from us. 🚀🅧🚀 https://t.co/8wyQabFRGx

Arrington Capital expressed its excitement at the announcement. The firm took to its official Twitter handle to say:

“We are excited about the work done by the $IMX team to date. They’ve moved from a top-5 to being a stand-out leader in Web3 gaming. Gaming is a key area of blockchain expansion, and we think @Immutable is going to be a serious player for mass adoption.”

“We believe they are well-positioned to win in Web3 gaming via great execution and product and have shown remarkable progress since the year began. We’re holders for the upcoming unlock and have high ambitions for long-term traction.”

Immutable X: So far, So Good

Immutable X is a solution-oriented digital platform that solves the problem of scalability for NFTs on the Ethereum blockchain network. The layer-2 platform has an excellent infrastructure that supports up to 9,000 transactions per second with low gas fees. This way, users are free to mint, buy, and sell their NFTs at negligible gas fees.

The platform’s native token is the $IMX, with which all transactions on the platform can be run. Apart from running transactions, users can earn $IMX tokens by participating in the platform’s activities, including trading of NFTs. Additionally, IMX is Immutable X’s governance token which allows users to take part in special activities like voting.

Speaking on how much progress has been made, Robert mentioned that the overall number of games has increased. And the total number of marketplaces has also gone up the ladder.

“When @Immutable raised our Serie C in March, we had ~10 games, ~2 marketplaces, and a bold vision to be a one-stop-shop for Web3 games + unify NFT liquidity,” said Robert Ferguson, co-founder of Immutable X. “We’ve now onboarded more than nearly ~100 “actual” games (with a massive self-serve pipeline) and 12+ marketplaces.”

Currently, Immutable X is re-locking its tokens, and existing holders are still in support. In the same vein, the platform is welcoming new holders into the space. Finally, Robert emphasized that $IMX holders are in for a long ride into a $110 billion-a-year gaming industry, after which they hope to reach trillions. 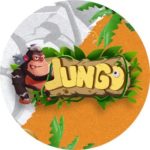 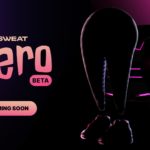