There are lots of games you can play to get Neopoints. So many, in fact, that we could spend weeks talking about them all. Instead, we’ve given you 5 of what we’ve found to be some of the best games in Neopets. This in no ways says which games are the most fun to play, and you might find that you are extremely talented in playing a game that is not on my list. In general, we’ve found these games to give players the best chance at making the easiest, quickest Neopoints possible.

Ok, so the NP ration on this game isn’t the best…but it is decent, and the game is pretty easy-kind of like a variation on Tetris.

Though the NP Ratio on this game is horrible, the first time I ever played it I earned over 350 Neopoints. The game is really simply to learn and fast to play, and I bet you’ve seen versions of this before on other gaming sites. Hands down, it is one of the quickest games in terms of earning Neopoints.

I love this game! The NP ratio is fairly high and you’ll quickly understand how to bounce the hasee to collect the doughnut fruit. Give it a try; it’s worth the time.

This is basically a timed game of memory. It’s fairly easy to play and advance through the levels once you get the hang of it, and the NP Ratio is great.

I’m sure you’ve played this game before, and it’s actually quite simple to learn. If you haven’t-all you have to do is pair matching tiles. Play on “hard” and you’ll make pretty many points in three levels.

If you spend your time concentrating on these, (and other) Neopets games, you should be able to make more Neopoints than you ever had before. 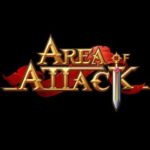