Have you played an online tennis games. It’s really good for developing skills in playing outdoor tennis. Such online games develop smashing skills and accuracy of aim in players. If you don’t want to practice tennis at a gaming court or stadium, play it online. It could be a unique fun for you. Who knows after reading this article you may really get interested and start playing online tennis game. Practicing such sports on a live screen with a mouse and keyboard can enable players to become experts on real playing grounds. These are ball games in which two players are engaged against each other like playing a real tennis match.

The game provides virtual rackets or two virtual players between two online competitors. The players can also play a game with a computerized virtual player instead of playing with one another. Playing online tennis with a virtual player can help a person to develop diverse kind of strategies for smashing the ball. Most video tennis sports are attractive to play like real games seen on a playing field or game court. To play tennis online efficiently players should be acquainted with basic rules and play strategies. These online techniques can also be employed while playing a real match on the field. During a real practice session beginners make mistakes and distract their trainers from original playing techniques. Virtual tennis games provide live video clips to watch and learn them while playing online. Here are some guidelines and benefits about playing online tennis:-

1. Before starting your game read the instructions of the game. Get acquainted with all those keys and mouse that may be used while playing. Usually all gaming versions involve playing screen tennis using a mouse.

2. Go to practice play game and watch the video clips showing the techniques of smashing a tennis ball. Many games have facility for practice play. Players don’t have fear to lose an online game due to wrong shots. They should practice well at such sessions before starting to play online with another competitor.

3. In case if you are acquainted with playing some special strokes of a tennis game, you can quickly grasp lessons of playing online. See what’s new in a virtual practice and adopt that game technique.

4. One special thing of playing video tennis is money savings. If you practice real tennis from a professional trainer then you will have to spend dollars for learning from him. Playing virtual tennis doesn’t cost you a penny and you will be able to master many special game techniques on the desktop screen.

5. A real tennis coach doesn’t give specific feedback during practice sessions. Your skill is highlighted only during a real match. If you lose a real game then you realize your loopholes but it’s too late by that time. Playing and practicing online tennis gives you a sharp feedback in the form of points and rankings same as seen in a real match.

6. While learning tennis online you can judge your playing skills faster rather than leaving the decision on viewers sitting on a real playground. 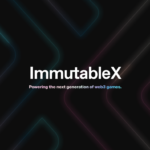 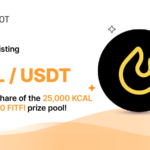