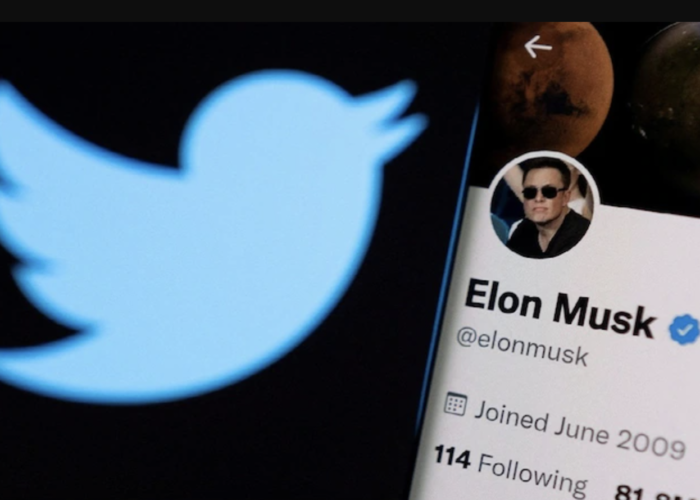 Elon Musk, the CEO of Tesla, a huge company that makes electric cars, recently bought Twitter. He then sent out a new tweet that has made its way into the OpenSea NFT marketplace.

The Bird Is Freed is listed as a collectible on OpenSea

As CryptoNews reports, OpenSea, one of the best places to buy and sell non-fungible tokens, sold the new CEO of Twitter’s first tweet after buying the media company as a collectible. On OpenSea, the tweet that says “the bird is freed” is worth 25 Ethereum, which is about $37,640.25. Only one piece had been sold at the time this was written.

Elon bought out Twitter for $44 billion, taking ownership of the well-known social media platform. After that, he dismissed all of the company’s top executives. Consequently, this gave him total authority over Twitter’s operations.

Elon tweeted the currently popular phrase “the bird is freed” at precisely 4:48 AM on Friday. It was to declare that he now officially owned the business. Additionally, he spoke to the staff at Twitter’s US headquarters.

Elon had previously stated a desire to limit the posts permitted on the platform before purchasing Twitter. He expressed concern over those who publish hate speech, make unfounded accusations, and update news without reliable sources. In one of his remarks, he claimed that their actions were in direct opposition to the main goal of such a large platform and warranted harsh repercussions.

But this encouraged the decision to purchase the business. However, there are more factors at play in the acquisition of Twitter. Getting rid of invasive bots and creating an algorithm to filter content before it goes live are a couple of these.

OpenSea reported NFT trading volume of more than $3.5 billion in just August 2021. Given that it only recorded $21 million in volume for the entirety of 2020, it is safe to say that the 12,000% increase in trading activity strongly indicates success.

Although OpenSea is highly regarded by NFT collectors, artists, investors, and traders, it can be quite perplexing to a novice user.

As Aimee at Play to Earn Diary reports, even Apple is considering NFTs on its App Store. Plus, Reddit has an NFT Marketplace too!

Who Else has Sold Tweets as NFTs?

To do this, Dorsey developed a non-fungible token (NFT) on the Valuables platform that serves as a representation of the tweet. Each tweet can be represented by a digital token, which can be made and then sold at auction to the highest bidder.

The CEO of Twitter is not the only person experimenting with NFTs and tweets; over the past few weeks, an increasing number of people have been making money off of their old social media posts by converting them into actual, physical cryptocurrency.

Changpeng Zhao, CEO of Binance, received $6,600 for his famous “slap yourself” tweet, which has since received a resale offer of $121,000.

Additionally, there was a small bidding conflict over the well-known umbrella tweet from Coin Centre spokesperson Neeraj Agrawal, which was covered by the press on a national scale.

But not only those with enormous followings or the famous and wealthy can use this service. Any tweet that a user creates on Twitter can be sold. In addition, you can place a bid on any tweet ever sent by someone else. The Valuables website displays a stream of the most recent offers, which begin at just $1.

As news of Elon’s completion of the Twitter deal broke, Dogecoin surged. The first memecoin to make an appearance on the crypto market is DOGE. It was taken from a 2013 meme featuring dogs.

Elon has consistently supported digital assets since their inception. Some might even say they are complementary to one another. Because every time Elon posted something positive about DOGE, it gained.

For instance, the coin skyrocketed in April after Elon first suggested buying Twitter and adding Dogecoin as a method of payment for platform subscriptions. Similar to how DOGE has grown, it has accumulated 35% over the last five days and 10% over the last twenty-four hours. The modifications came after Elon updated his bio for Chief Twit on Wednesday.

As a result, the asset decreased as Elon tried to withdraw from the bid. Nevertheless, Musk and Twitter finally agreed to buy it after a month-long argument. Having to go through a court trial in a Delaware court was the other option.

The reasoning behind Elon’s decision to adopt a liking for Dogecoin is still unclear. By including it in Tesla’s payment options, Musk has steadily supported the coin over time. Additionally, he has declared on Twitter that he will accept Dogecoin as legal tender.

Twitter is also working on a wallet for cryptocurrency transactions, according to a tweet by Jane Manchun Wong. However, the cryptos that would be transferable after launch are not yet known. Twitter has not yet announced a specific wallet feature, but the platform has already added one that enables Bitcoin transfers.

Dogecoin: What is it?

For the majority of its existence, Dogecoin was viewed as a funny “memecoin,” beloved by its community, but with only marginal value. That all changed in 2021: even though each individual coin is only worth a few cents (see the current price), Dogecoin is now among the top ten most valuable cryptocurrencies by market cap, with a total value that has exceeded $50 billion.

How is that even doable? because there is a large supply of Dogecoin worldwide. Dogecoin was developed to be abundant, in contrast to Bitcoin, which is intended to be rare and resistant to inflation. There are approximately 130 billion DOGE in circulation, and miners add 10,000 more each minute. (In contrast, only 12.5 BTC are mined every ten to fifteen minutes in the case of the approximately 19 million bitcoin).

Dogecoin, was developed as a humorous, low-stakes Bitcoin substitute, so abundance is an important component of the concept. Doge attracted a passionate online community as soon as it was introduced in late 2013; this community has used DOGE for everything from paying strangers for insightful Reddit comments to funding the Jamaican bobsled team’s trip to the 2014 Winter Olympics in Sochi.

Keep up with the latest NFT Twitter news at Play to Earn Diary. 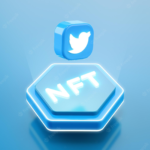