The Imperium and the Rebels have been battling each other for control over the galaxy, but things are about to get even more messy in Race for the Galaxy: The Brink of War. In addition, the Alien departure point has been found, and the Uplift Overseers are starting to get restless. In these troubled times when war is just a hair’s breadth away, galactic prestige and influence become all the more important as you try to gain control of the galaxy.

Race for the Galaxy: The Brink of War is the 3rd expansion for the hit card game, following the first two expansions The Gathering Storm and Rebel vs Imperium. It requires the base game as well as both previous expansions in order to play. This review is focused on the new concepts introduced in the Brink of War expansion. If you want to know more about how the base game is played, please read our Race for the Galaxy review.

This expansion follows on from the previous Rebel vs Imperium expansion, where military might was starting to get mobilized and the galactic Imperium was being harassed by the rebels in small skirmishes. Tensions are getting high now though, and the galaxy is on the Brink of War. In troubled times like these, the galaxy looks up to those that hold galactic prestige: the worlds and corporations that have the greatest influence. It’s these prestige leaders who will decide whether the galaxy will prosper or be thrown into war.

There is also another major new mechanic introduced in Brink of War: the Prestige/Search card. This card provides every player with a powerful boost that can only be used once per game. Players can choose the Prestige portion of the card by paying one prestige token when you reveal your role card. That role card then becomes “super-charged” with the relevant ability on the Prestige/Search card. For example, you can consume goods for an additional victory point, or you can settle a world for 3 cards less or with 2 extra military power.

The Search part of the card is equally powerful. Once a game, you can use the card to search the deck for a particular type of card. You choose one of 9 categories (such as a 1- or 2-cost world, or an alien world, or a 6-cost development) and you get to reveal cards from the deck until you reach a card that satisfies the conditions of the category you chose. You then get to put that card into your hand. This is a good way to hopefully find a 6-cost development that will give you the victory points to win the game. More importantly, this card also helps if your initial hand is really bad, allowing you to search for cards that will help you get your engine going. In effect, it is like a “mulligan” that compensates for a bad draw and keeps you in the race.

There are also plenty of cards with new abilities, as well as new Alien and Uplift cards. Overall, Race for the Galaxy: The Brink of War is a great expansion set that introduces interesting new concepts and mechanics to keep the game fresh and exciting. Existing strategies are shaken up as players adjust their game plans to accommodate the new prestige system. Do note that the base set and both previous expansions are required to play Brink of War.

Number of Players: 1 to 6 players 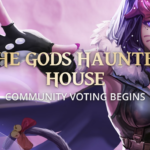 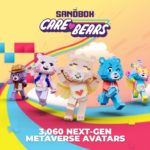