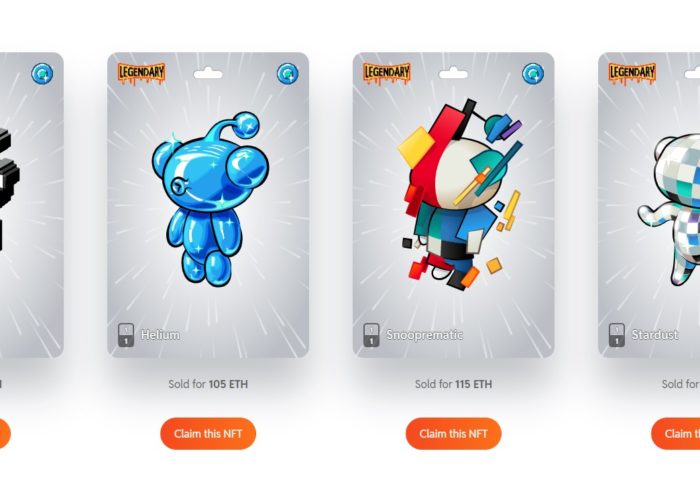 Reddit, the popular social networking platform, jumped on the NFT bandwagon by launching its own NFT marketplace. Users were able to purchase unique, blockchain-based profile pictures for a specific price and they jumped at the opportunity.

These avatars were created in partnership with various artists and have proven to be quite popular. Over three million Redditors created NFT wallets to purchase them.

Reddit’s chief product officer also revealed that this NFT launch has led to a surge in the platform’s Vault blockchain wallets, with 2.5 million created just for buying avatars.

While the initial selection of avatar designs is currently sold out, it appears Reddit plans to continue releasing limited-edition NFT options in the future.

This move could attract even more users to the world of NFTs and cryptocurrency.

Reddit’s NFTs were the result of a partnership with 30 artists who worked to create 40.000 NFT avatars. These then went on sale via the Reddit mobile app at prices starting from $9.99 and topping at $99.99.

Those users who bought a Reddit NFT got a lot more than just bragging rights. They can now use their NFT as their avatar on and off Reddit if they so choose. They also have licensing rights and can mix and match their avatar’s look using a built-in tool.

The avatars were minted through a collaboration with Polygon.

What is Polygon’s involvement with Web2 companies?

Polygon describes itself as a sustainable Web3 tool built on Ethereum. It is also carbon neutral with plans to become carbon negative this year.

The tweet read: “With over 174.9 million unique user addresses and $5 billion in assets secured, Polygon PoS has processed more than 2.1 billion transactions till date.”

Polygon went on to list its many Web2 giants, among which are Adobe, eBay, Reddit, Stripe, and Telefonica.

Initially, NFT avatars were only available to members of the invite-only r/CollectibleAvatars subreddit. But now all Reddit users can join in on the trend.

This move comes at a time when the NFT market is lagging. But it shows Reddit’s interest in exploring the potential for digital collectables within its own platform.

Reddit has, of course, always offered its users the opportunity to have avatars. But, these were not blockchain-based NFTs previously. Eventually, Reddit released premium avatar attributes that could be purchased, but again, these were not NFT-based.

It wasn’t until July that the tech giant released its brand new blockchain-backed collectable avatars, also known as NFTs.

Reddit’s first NFT collection – CryptoSnoos – made a splash when it first came out last year. This is possibly why this most recent NFT collection has sold out so quickly.

Available on the open market, a lot of these NFTs are now selling for incredible prices. The legendary ‘snoos have sold for as much as 175ETH, which is about $228,000.

That was at the height of the NFT market back in July 2021 though. The same ‘snoo sold for just 44ETH in January of this year and is currently on sale again, with the highest bid set at 0.1ETH currently.

There are different levels of scarcity available if you’re interested in owning a CryptoSnoo. The legendary CryptoSnoos are unique and on of a kind. That means you can’t get another NFT that looks anything like it.

As you can see, the Legendary NFTs command exceptionally high prices on the market. If you want to get your hands on a Reddit CryptoSnoo, you can do so through OpenSea here.

A big reason for their brand new NFT collection was to “empower artists”, and indeed, artists are eligible to receive royalties for any secondary sales on the open marketplaces even after a sale is made.

“Many of the artists we worked with for this first series came from popular creative communities like r/Comics. Some have cultivated the skills they utilized for this program in subreddits like r/ProCreate or r/AdobeIllustrator.

“We also worked with artists from our networks who are bringing their work to Reddit for the first time. From the start, our goal has been to empower artists to create and sell their work.”

It will be interesting to see how Reddit’s large user base takes to this new NFT development.

How is the community reacting to the Reddit NFT news?

Twitter user AB, who is a self-professed NFT collector,  posted a meme followed by a thread to explain what Reddit’s NFT success means for the NFT market and wider Web3 adoption.

Within the meme, NFTs are seen as soldiers inside a Trojan horse aptly labelled Reddit avatars. The gates of Troy open, and they’re labelled as the mainstream.

The argument here is that Reddit’s avatars are a way to make NFTs mainstream. The tweet accompanying the picture read: “Reddit Avatars are the Trojan Horse of NFTs that are on-boarding millions into Web3, and no one is talking about it.”

Reddit Avatars are the Trojan Horse of NFTs that are on boarding millions into Web3, and no one is talking about it 🧵 pic.twitter.com/x6LMCH0JAy

Reddit NFT avatars are more than just a way to own a bit of Reddit history. They’re paving the way for wider NFT adoption too, as can be seen by the millions of wallets that have been created already. 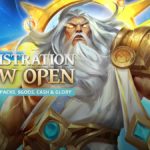