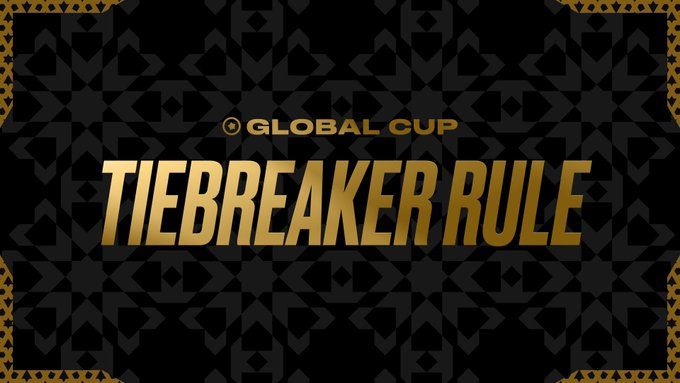 Leading fantasy sports platform, Sorare, has come back with yet another interesting announcement concerning the ongoing Sorare: Global Cup 2022. The web3 platform is popular for giving players the chance to experience real-life sports in the virtual world. By doing so, the platform promotes healthy competition as well as passionate fandom.

Notably, the Sorare: Global Cup 2022 was launched on November 10, 2022, according to Sorare’s tweets. Following the launch of the tournament, all Sorare Managers will be able to participate in the competition. This way, they can hit the top spots on the leaderboards and earn bigger and better rewards.

Dated November 16, 2022, Sorare has announced a tiebreaker rule for the leaderboard rankings. This rule will help to settle misunderstandings between Sorare Managers on how they are ranked on the leaderboards. With this, the platform ensures fairness and transparency in the ranking process.

If more than one team finishes with the same exact points on either the Matchday or Overall Leaderboards, rankings will be determined by the total number of points scored from each team’s top 3 bench players.

The idea behind the tiebreaker rule is simple – to promote fair play and unbiased decisions. Using the rule will clear every doubt in the minds of every Sorare Manager participating in the Global Cup tournament. Not only that, but it will also build a reputation for Sorare as a trustworthy fantasy sports platform.

Most importantly, the Global Cup tiebreaker rule applies to both leaderboards – the Matchday and Overall Leaderboards. As such, if two or more Managers have the same points on either leaderboard, the tiebreaker rule will decide who stays above the other. This way, there will be no disagreement from any Manager in the tournament.

As announced, the Sorare: Global Cup 2022 tiebreaker rule explains that benched players will help to break ties. This means that the non-starting players whose points do not count in the starting lineup will separate both teams.

“If more than one team finishes with the same points in Sorare: Global Cup 2022 Matchday or Overall Leaderboards, the winner and leaderboard rankings will be determined by totaling the points scored from each team’s top-three bench players (e.g., three non-starting players with the highest scores whose points didn’t count in that particular Matchday lineup).” – Sorare

Let’s assume that two Managers finished a Matchday with 400.97 points – accumulated points from all five starting players. Then, the total points of the three top-scoring bench players from both teams will decide who goes higher. Check this out:

Considering this, Manager 1 will be ranked higher than Manager B in the leaderboard for that Matchday. This way, Sorare can provide accurate rankings while avoiding bias.

Interestingly, there can still be a tie even after the first rule. What then needs to be done? Should Sorare choose a Manager at random? – Of course not!

While Sorare sticks to its impartiality policy, it is tasked with providing the most accurate judgement in such cases. In that regard, Sorare ranks the Manager that submitted his team first higher than the other. Furthermore, this rule also stands if the Manager is not tied with any of the top 5,000 Managers in that Matchday.

According to Sorare, the leaderboard rankings will be available at the end of each Matchday. Additionally, should tie occur, an external link will be included for Managers to see the tiebreaking details.

What Is the Sorare: Global Cup Tournament?

As a fantasy football tournament, the Sorare: Global Cup 2022 is one in which Managers deal with cards that bear national footballers. The tournament features several players – both local and international – who are competing for their countries in the biggest sporting event in the world. Notably, all players featured in the Global Cup are representing their countries in the 2022 FIFA World Cup schedule for Qatar.

In the Global Cup tournament, Managers can only play with five players per lineup. These players must be chosen across all playing positions, including Forward (FW), Midfielder (MD), Defender (DF), AND Goalkeeper (GK). Also, the tournament will be played with Common cards, which cannot be traded or sold.

Which cards can I play with? How do I build my team? Wen rewards?

A Tournament of Common Cards

Basically, the Sorare: Global Cup 2022 is an exclusive game of Common cards. These are the virtual playing cards that are free for selection. Sorare Managers are able to pick them when they sign up on the platform.

However, these cards are not useful for trading purposes or for sale. Meanwhile, Managers are to expect differences in the Common cards. While this does not change their utilities, the designs are as a result of the players’ national teams and club partnerships.

To select team players, Sorare Managers must choose eight players, out of which five will be starting on every Matchday. The remaining players will act as substitutions or bench players, and they also matter. Notably, these bench players are the determining factors in breaking ties among equally ranked Managers.

Players can be selected across the four playing positions, but not more than two players can be picked from one national team. This means that if a Manager loves the Argentine team, he can choose only two players at most. An advantage of this is that it gives Managers to chance to earn more points from other players.

How Are Players Scored?

Simply put it as – the physical world influences the virtual world. why? Because the points earned by each Manager’s squad depend on the real-life performances of the selected players.

As a result, players’ points or scores can be affected in both ways – negatively and positively. Positive influences come from actions like penalties won, goals, assists, impressive defending, and excellent goalkeeping. On the other hand, they can earn negative scores from penalties conceded, poor defending, playing errors, and goal concessions.

There are two leaderboards where Managers are ranked based on total points acquired by all five players. Firstly, there is the Matchday Leaderboard, where Managers can see their ranks for given matchdays. The other one is the Overall Leaderboard which will be updated finally at the end of the tournament.

Additionally, the Game Weeks are now referred to as Matchdays. This is to differentiate them from the usual Sorare games. Here is the latest matchday schedule released by the platform: 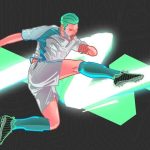