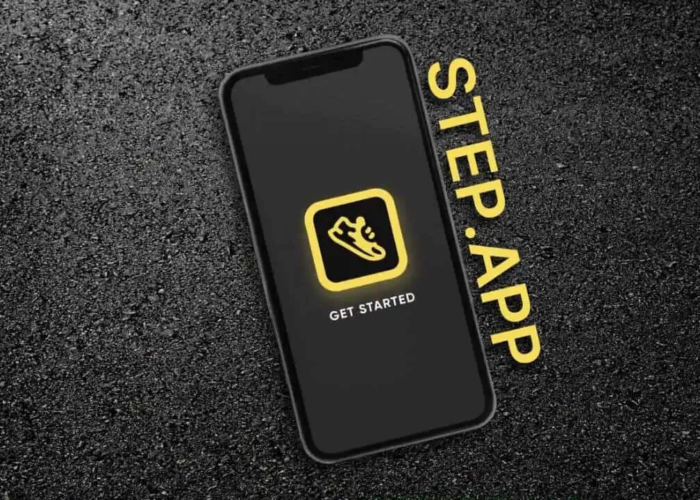 Fast-rising move-to-earn platform, Step App, has announced its first-ever Step App conference, scheduled for December 1, 2022. The platform shared the news in a Twitter post, where it used the Japanese style of hello, Konnichiwa, to stir its users. The event is set to hold in Tokyo, the capital of Japan, and is expected to feature quite many activities.

“Konnichiwa! #StepApp is coming to Japan!… We are proud to officially announce the first-ever STEP APP #CONFERENCE. It will take place at an exclusive event in bustling TOKYO, JAPAN on DECEMBER 1.” – Step App

From talks from crypto and fitness experts to the official launch of the Step APP, Step App says it is going to be an unforgettable experience. The event is aimed at bringing the entire Step community together to celebrate their achievements so far. Notably, Step App had recently completed the FITFI staking program migration without any hitch.

As announced, the 2022 Step App conference happens to be its first. As such, the Step App team is pumped to host invited guests and the entire Step community. According to the platform, it “wouldn’t be a regular app launch.”

The Step App conference series encompasses Step’s goals. The play-to-earn platform is keen about making health and fitness a common denominator while closing the gap between ‘the real world’ and the Web3, metaverse, and crypto space. Also, the event will feature talks centering on Step’s primary goal, which is to allow players exercise, socialize, play, compete, and earn.

Additionally, the December 1 conference will offer exclusive experiences to attendees. What to expect include:

Earlier this month, Step App announced that its current most-anticipated project, the Step APP, will be launched on December 1, 2022. The Step APP is an upcoming Web3 fitness project that is operational on the Step Network, a subnet of the Avalanche blockchain network. By many, especially the Step user community, it is speculated to compete with existing move-to-earn projects like STEPN and Sweat Economy.

The app is expected to launch on the mainnet at the end of the year, after which it will become available for download. It is compatible with all web and mobile devices and accessible on app stores for Android and iOS devices.

The Step App is designed to give users the chance to earn while keeping fit. That is, by running, jogging, or walking, you can earn real cryptocurrency. Also, the Step APP will be integrating augmented reality (AR) into FITFI.

The update you’ve all been waiting for: STEP APP WILL LAUNCH DECEMBER 1 on the mainnet! So mark your calendars: on Thursday Dec. 1, #StepApp becomes available for download on app stores for iOS and Android. #stepleapsforward #60daysofgrowth
1/3 pic.twitter.com/99a7QHi6sK

In the meantime, the promotion for the upcoming Step APP is ready, and users will be kept posted at all times until the launch. In the same vein, Step App has started a 60-day growth campaign which features “continuous and clear communication, and solid product delivery throughout” – till the launch date.

According to Step App, the upcoming conference will “coincide with the launch of the app and be a participant for the entire Step Community to participate in.”

What Should the Entire Step Community Expect?

At the moment, Step App has not released any more information about the conference. Instead, the M2E platform has invited all members of the Step community. Since not all members will be able to attend the December conference in Japan, the platform is likely to share major highlights.

Also, detailed information such as the event’s venue, ticketing, and schedule has not been released. But they will be available in the coming weeks. Furthermore, users are likely to know about the special guest next week.

In simple terms, Step App is all about fitness. The fast-rising move-to-earn Web3 game aims to reward users for engaging in fitness activities that translate into physical motion. In the event of these, the Step App tracks your movements, and well, you earn.

Step App combines the operational techniques of GameFi with fitness, positioning users for quite some incentives. The platform is also working on StepEX, a decentralized NFT marketplace. With FITFI being Step App’s governance token, StepEX will be powered by the Step Network.

Additionally, Step App seeks to be a huge base for fitness activities. This is evident from the platform’s partnership with record-breaking Olympian, Usain Bolt. In his words, Bolt said:

“Exercise has always been, and still is, a massive part of my life. I’ve said in the past that we need to aspire to inspire, and through Step App, I would love to inspire as many people as possible to live a healthier and happier life.”