Step App tweeted some exciting news today. Step Launch is going live, and the Step App x Primal registrations are now open. Make sure to register as soon as you can, as registration ends November 24th. In this article, we’re going to be taking a look at the launch and all the details involved. So, without further ado, let’s get started!

What is The StepApp Launch?

Step Launch is a project created by Step App and Primal. Step Launch is regarded as the launchpad into the Step ecosystem. With Step Launch, you can catch the projects and register before they become public.

Developers created Step Launch at Step App to be a community hub for startups, players, and impressive collections. Primal is the first project to launch on Step Launch, which is incredibly exciting. Let’s find out more about Primal.

The long-awaited day has arrived!🎉#StepLaunch is going live & registrations for the #StepApp‘s 1st ecosystem project @enterprimal, are open now!

Visit https://t.co/wbnhEQ8PPR
to participate in this exciting #PRIMAL #IDO and discover all the details! pic.twitter.com/3CDZwwz7jd

Primal is the first athlete fan token project with a focus on the move-to-earn concept. The project is represented by massive sports stars and is facilitated by Step App.

Primal aims to onboard as many new users as possible. With the help of Step App’s huge fan base, Primal hopes to onboard those users who are engaged in sports, which a huge percentage will be (considering it’s a move-to-earn app).

Primal seeks to connect fans with their favorite athletes, train and earn with any type of fitness device, and trade your athlete fan tokens.

Working with Fitbit, Oura, Apple, and more, onboarding fans from all over the world is going to be a fun challenge, but Primal has a clear strategy to make this possible. This includes an in-depth analysis of market opportunities and fundamentals, as well as tokenomics and investors/partners.

With the help of this exciting Step Launch event, users can win the IDO lottery. Whoever wins the IDO lottery will get the opportunity to buy $PRIMAL tokens at a presale price. This price is $0.0016 for one token.

Primal has detailed some important information about the sale, from the Medium post, which we will list here.

To add, users have to fit certain criteria in order to participate. Only users who stake more than 1,000 FITFI tokens (Step App) are allowed to participate in the sale. The more tokens you can stake, the more tickets you will get in the IDO raffle.

FITFI tokens are Step App’s native governance tokens, and they can be earned by moving. As you move, your steps generate income. You can use these FITFI tokens to stake and put toward any community-based decisions for the game.

KCAL tokens are earned from gameplay. NFT SNEAKs are minted with KCAL tokens, the same token you earn when you move.

FAT points can be collected by users every day. The more people you invite to Step App, the more FAT points you can collect. Once you have enough FAT points, you can exchange them for lootboxes containing KCAL, Gems, and Energy.

How Does Primal Work?

With Primal, work out the way you want, whenever you like. Primal states that other move-to-earn projects tend to focus on the running aspect.

Primal is different because the app rewards you for all types of fitness activities. The message of Primal is to take what you have learned from athletes through the inner circle and earn through the app.

The inner circle connects athletes and fans, similar to a combination of Masterclass and Patreon. This circle allows athletes from any discipline to create their own ecosystem to support athletes in their careers. Through this, athletes benefit from additional revenue streams and media support.

Primal users pay $PRIMAL tokens to access these inner circles. Seeking to decentralize away from large companies and connect fans directly to athletes, Primal seeks to be different from the rest.

Among Primal’s features are Athlete Fan Tokens, or ATLS. It is the athletes themselves who issue these tokens in order to allow fans to interact with them directly.

The inner circle, as we mentioned, connects fans and athletes through an industry-defining app. Athletes and fans benefit from this, with different types of exclusive rewards.

For athletes, there is the opportunity to earn multiple revenue streams and an in-game metaverse opportunity. To add, they will gain a large viewership, exclusive NFTs and merch, and athlete-owned NFT characters.

Primal looks to be a super exciting project, launching with key ambassadors such as Lee Selby, Chantelle Cameron, Ted Cheeseman, and many more. Primal connects with various devices, syncing with your fitness trackers, allowing you to earn $PRIMAL tokens for any movement. 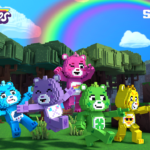 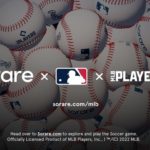