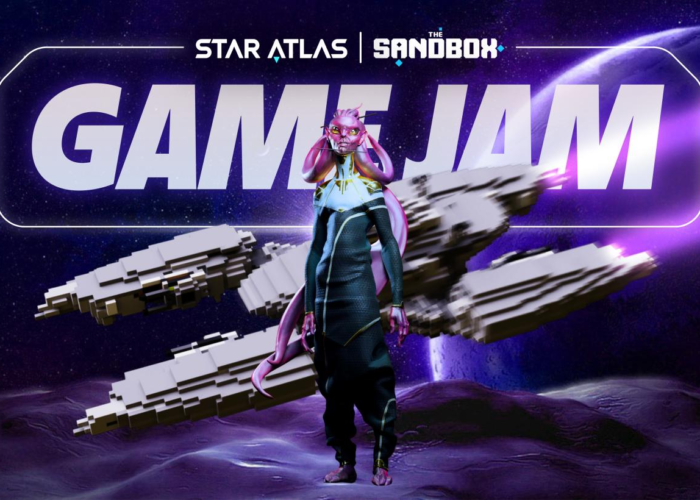 In mid-October, the platform announced its collaboration with The Sandbox with respect to an experience-filled game jam. Both platforms updated their players via their Twitter handles at the time. As announced, the game jam is entirely player-oriented or better still, creator-oriented.

In that regard, Star Atlas has announced that the submission of entries for the game jam will end today, October 14, 2022. Notably, the portal for submissions was opened in the middle of October for almost a month. Now, the organizers will be checking through all entries to reward the most creative developers.

Tomorrow is the LAST day to submit your #GameJam entry! 🚀

Don’t miss the chance to build your very own #StarAtlas game for @TheSandboxGame, solo or with a team.

Get all the info you need at the link below.👇https://t.co/jbyosooCOw pic.twitter.com/3IoMvmGSw4

Last month, Star Atlas and The Sandbox partnered on a game jam that will feature projects from various creators. The game jam was opened to all interested creators and game developers including groups. However, if they are submitting as a group of developers or a gaming studio, they must not exceed 4 members.

With players in mind, the game jam was organized based on the idea of encouraging creativity. When players participate, they get the chance to showcase their creative prowess and style. This way, their imaginative abilities are developed, and they are better positioned for rewards.

Also, participants are expected to follow a storyline that reveals a grand strategy game. However, it is an incomplete story. In that regard, the organizers opened the floor for all participants to create games that complete the story.

By following the storyline, creators can have the feels and thrills while developing their games. Essentially, this is the aim of the game jam – to allow players to create games with immersive experiences. Here are the events present in the central theme or storyline:

Dreaming of creating your very own Star Atlas game?

Now you and your friends can do it in our new contest with the @TheSandboxGame! 💫

“During your journey back to your home planet, you encounter technical difficulties causing your spaceship to crash. You manage to get out of the wreck alive, but you’re now stranded on an alien planet in the HRZ (High-Risk Zone). What will you encounter there? Will you manage to leave the planet alive? Only time will tell…”

By adding extra events to the scenario painted above, participants will be able to create complete strategy games. The hint is: the more unique the game is, the higher the chance of winning. As such, on no account should participants submit copied work – either from other creators or Star Atlas.

As the submission of entries will be closing today, the organizers will review each eligible entry. Afterward, there will reward the outstanding ones with prizes cut across SAND tokens and prizes, courtesy of Star Atlas. The prizes include:

Notably, prizes will be awarded to participants across 4 categories. First is the Best Overall Idea, followed by the Best Game Design. Next is the Most Creative or Unique, followed by the game with the Best Use of Star Atlas Lore.

One winner will be chosen in each category. This means that 4 winners will be going home with a collection of four prizes each. Summarily, the prize pool contains 30,000 SAND tokens, 12 Star Atlas Game Keys, 12 Fimbul Airbikes, and 12 Fimbul Lowbies.

For the game jam, participants must use The Sandbox’s Game Maker Software when creating their entries. Also, they are free to include in-game assets as long as they are personally created. While they are not allowed to copy others, they can submit as a team of not more than 4 members.

Similarly, all entries should be engaging. That is, the games should feature challenges, missions, or quests that can keep players interested in playing. Furthermore, participants can create games similar to existing experiences, but directly copied work will be disqualified.

While participants might want to submit multiple entries to increase their winning chances, the organizers want excellent quality. In that regard, spamming the gallery with low-quality entries will result in disqualification. Additionally, staff of The Sandbox and Star Atlas will be in charge of judging collectively.

What Makes an Entry Valid?

To start with, all participants must submit unique games. While similar gaming experiences are acceptable, exact replicas will be rendered invalid. Also, all entries must be uniquely designed for the Star Atlas Game Jam. Previously designed games (intended for previous game jams) will not be accepted.

As well, all entries must be in line with the central theme. More importantly, the organizers want to see a minimum of 25 distinct assets in each entry. However, The Sandbox’s staff reserve the right to eliminate any entry, while upholding the Game Jam’s standards.

As mentioned earlier, all entries must pass through the Game Maker Gallery owned by The Sandbox. Also, participants are to submit via this link: https://docs.google.com/forms/d/e/1FAIpQLScscuTKDJwQitUGghzTxAddjHGf7zoVwDuMM76TJx7munCK-Q/viewform

Additionally, there are two portals for submissions: The Game Maker Gallery and the Form Link. With respect to that, submitting through only one will make the entry in question ineligible. To avoid such situations, participants are advised to take their time to check through the instructions and follow them through.

Notably, the judging process will be handled by The Sandbox staff and Star Atlas staff. All entries will be graded via a 100-point scale. These points are then split equally across the 4 reward categories – 25 points each.

Next, 25 points will go to the participant’s creativity. Here, the entry will be rewarded for the layout of the game, its interior design, the in-game assets, and the quests included. Furthermore, the Star Atlas Lore category will receive the remaining 25 points.

However, there is an extra rewards category known as the Wow Factor. This is how much impression an entry creates on the judges. Here, participants can grab up to 25 points.

Officially, the Game Jam began on October 17, 2022. Notably, the submission portals were opened on that day. In the same vein, entry submissions will end today, November 13, 2022 at exactly 3pm UTC.

Moving on, from November 14, 2022, till December 11, 2022, all submissions will be gathered and voted on. Lastly, the Game Jam will cap off officially on December 17, 2022, following the announcement of results.

The Game Jam is open to any player who has opened an account on The Sandbox. In the meantime, participants are to submit personally created entries. On no account should any participant copy another person’s work or use his assets without gaining his consent.

Additionally, participants can submit either as independent creators or groups of developers, teams, or gaming studios. No matter the form, no team must have above 4 members. Also, there are free-to-use assets on the Game Maker Software created by TSB-Account-1 and SandboxGame.

Pros and Cons of Being a Game Designer

Pros and Cons of Being a Game Designer