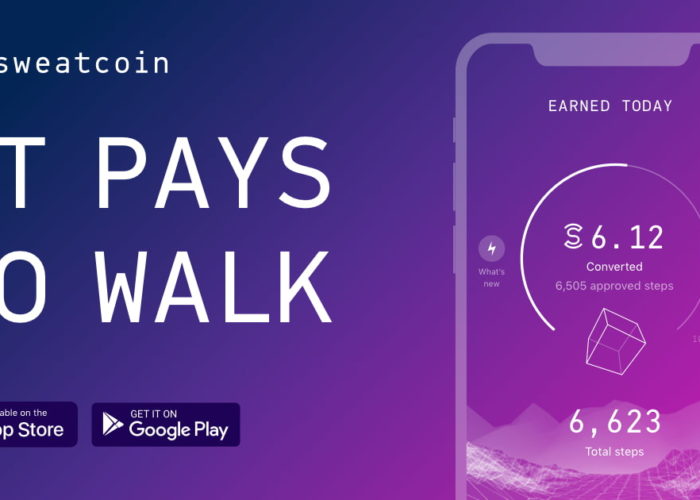 Our coverage of the Sweat Economy move-to-earn project has been nonstop in September. It’s been a busy 30 days since the app launched officially on September 13th.

And as Sweat turns a month old, it is clear that the foundations of success are now in place. That aside, it’s been an incredible debut for the project. In fact, there are some highlights worth recapping, and we will do so in this post.

💧An incredible month of records, growth, and adaptation.

Read about the first month here👇https://t.co/EaEIZ61RmP

The Sweat team has delivered an M2E app that promises to shift the way we think and approach web3 fitness. In the first month since launch, the project has had so many milestones that most blockchain projects only dream of.

For starters, the SWEAT token TGE was the biggest in crypto history. The event saw SWEAT tokens sent to over 15 million users through the Sweat Wallet.

This also means that the Sweat Economy has brought 15 million new users into crypto. It’s quite an achievement that has never been matched before by any blockchain project.

Also, in the last month or so, the SWEAT token has managed to list in some of the leading crypto exchanges in the world. It’s even listed in top decentralized exchanges as well.

Impact of the Sweat Wallet

With all the success in September, one thing that has actually stood out in all this is the Sweat Wallet. The wallet is a fundamental part of the Sweat ecosystem. There is a very broad and ambitious vision for it too.

But so far, the Sweat wallet has managed to clock in over 3.5 million active users in the first month, one of the highest of any Dapp right now. Also, the wallet has become the top finance app in over 51 countries. We actually covered this story in detail here.

But more impressively, the Sweat Wallet app also ranked as the most used Dapp in the first week after the launch. We are also learning that Sweat Economy could be a game changer for the Near Protocol.

In fact, in the last month, the Near Protocol has seen a huge rise in activity. It has managed to rise from 12th amongst Layer 1 chains to 5th.

As long as the popularity of Sweat continues to grow, it is conceivable that Near could, in the longer term, rank as one of the most popular blockchains on the planet.

The Sweat team is also reporting immense success with its SWEAT staking program. According to a recent update, it is estimated that over 100 million SWEAT tokens have already been staked.

Also, Sweat has distributed over 17,500 staking rewards. This includes gadgets, music tickets, and Qatar World Cup tickets. The Sweat team has also offered over 10,000 unique NFTs as part of these rewards and is already working with Paras to offer 888 more.

The Sweat Economy Foundation has also made a long-term commitment to ensure that the inflation of SWEAT is managed properly. The platform will, in fact, commit 50% of all its profits to buy and burn Sweat tokens. So far, 30 million SWEAT coins have been burned.

Major Updates Along the Way

In addition to the great success so far, the Sweat team has also been at work trying to make its ecosystem as sustainable as possible. As a result, we have seen some major updates.

For starters, a major change in the SWEAT minting formula was just implemented a few days ago. According to the Sweat Foundation, it was observed over the last month that the amount of SWEAT being generated from movement was just too high.

SWEAT will become exponentially more difficult to mint with time📈💧

What does that mean? Check out the projected results of the new increase in minting difficulty (live)👇 pic.twitter.com/phlpS7uAMV

The foundation felt that this posed major risks to the value of the token in the long term. As such, minting difficulty was increased. It will now be 4x harder to mint SWEAT.

It’s not clear if this is a long-term move or not. But based on the events so far, it is obvious that the Sweat team is not afraid to take drastic steps when the need arises. There have also been several bug updates and fixes in the Sweat wallet over the last month too.

What The Future Holds

After the explosive start to its web3 journey, the Sweat Economy move-to-earn project is looking for more innovative ideas to integrate into its ecosystem.

First, the project has announced that it is pursuing several partnerships that will help increase SWEAT token demand in the future. Details about these ventures will be released in the coming weeks.

The Sweat team is also working on adding innovative new features to the Sweat Wallet. First, the project is eying crypto-to-crypto trading. This comes two weeks after Sweat added fiat support for the wallet.

If indeed crypto-to-crypto trading is rolled out, it will serve to significantly unlock the DeFi capabilities of Sweat.

The team is also working on launching a new Learn & Earning feature. Users will get the chance to earn crypto by learning more about the M2E project and other related stuff.

The team also notes that it will explore more ways to generate revenue for the Sweat ecosystem. Most of this money will be channeled back toward the buy-and-burn program. With everything said and done, the future sure looks bright for the project. 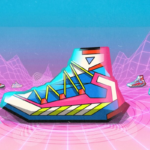