Sweat Hero Will Officially Begin with an NFT Box Sale 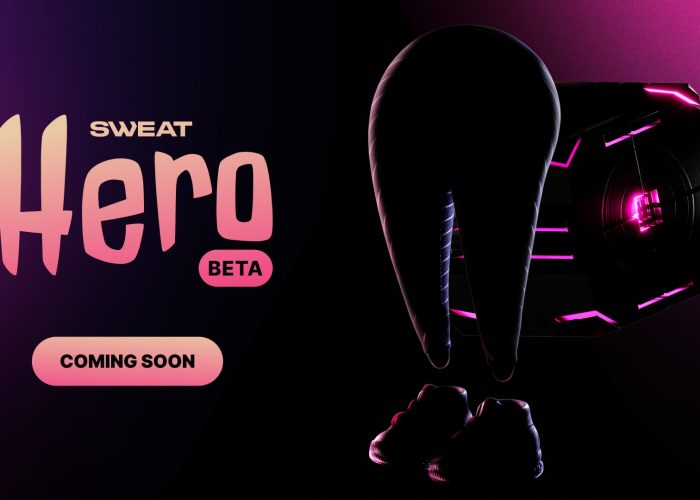 Over the past three weeks or so, Sweat Economy has been teasing its upcoming casual P2E game. The move to earn project has been quite tight in terms of details. Information has just been trickling down.

However, we are now starting to get a clearer picture of the NFT game. In fact, Sweat Economy has confirmed that Sweat Hero will be a dynamic NFT game that will kick off this December through an NFT box sale.

🎁It will start with an NFT box sale. Each box contains a Sweat Legs NFT you can play the Sweat Hero game with…

The launch of Sweat Economy’s dynamic NFTs was first announced in early November. We covered the story in detail through this post.

At the time, it became clear that these NFTs, which are actually called Sweat Legs, would be an integral part of the game.

Get ready for Sweat Hero, our head to head NFT game…

We are now getting more details on how the dynamic NFTs will roll out. As noted above, the Sweat team plans to hold a major NFT box sale in December.

According to the M2E app, there will be three rarity levels for each NFT box. This includes Common, which is the lower tier, Rare, which will be the intermediate tier, and Epic, the rarest of them all.

To enhance overall community participation in the NFT P2E game, the Sweat Team has decided to make all Common level NFT boxes for Sweat Hero free. This means that anybody who has a sweat wallet should be able to get Common NFT boxes without any issues.

How About Rare and Epic Boxes?

Well, as a matter of fact, the December NFT box sale will only feature Rare box collections. The Epic level boxes won’t roll out until 2023.

• Common – every Sweat Wallet user can receive one for FREE (no sale, available after Beta).

• Rare – on sale in December: access to Beta, much higher power in game, can play more games per day.

The rarity of the NFT boxes will determine the kind of interactions users will have with the game. For example, holders of Rare NFT boxes will be able to play Sweat Hero for more hours per day. They will also get more power to advance across various game stages.

We are not sure the kind of perks Epic level boxes will have. However, the Sweat team says that Epic NFT boxes will be for “super SWEATers.”

Sweat Hero is the NFT game that the Sweat team promised its community when it launched in September. The casual P2E game is part of a long-term plan to ensure that Sweat is more of a dynamic web3 project that is diversified enough to retain users.

So, in the end, the project will feature an NFT game, the M2E aspect, and an NFT trading platform. The goal of the Sweat team has always been to make the Sweat wallet a versatile tool with immense utility.

With the launch of Sweat Hero, the M2E app has made a giant stride toward that goal. We have also seen efforts by the Sweat Economy foundation to expand DeFi utilities in the Sweat Wallet, including adding a feature that allows users to buy crypto via the wallet.

How to Get Sweat Leg NFT Boxes

For now, we only know that a public sale for Sweat Legs NFT boxes will go live in December. There is very little information about how the sale will happen, what users will need, and if it will be done through a dedicated marketplace.

However, Sweat is yet to launch such a marketplace. Although this is part and parcel of its future plans, at the moment, NFT sales will likely be made through the Sweat Wallet. It is, however, possible that the team could leverage the use of third-party NFT marketplaces.

Nonetheless, once these details come out, we will be the first to report them. We also know that the Sweat Hero game is already in full swing. A beta version could be out as early as December.

But more tweaks on the gameplay will soon follow, depending on the feedback the Sweat team gets from users.

Either way, if you ever wanted to play an NFT game within the Sweat Wallet where you can earn more crypto, this is the time! The Marimekko Meadow Launches On Decentraland

The Marimekko Meadow Launches On Decentraland