NBA team, the New York Knickerbockers has released an NFT collection. This new project pays homage to the Mecca of basketball, culture, and innovation. This collection is named the ‘New York Forever’ NFT collection and was made in collaboration with a range of artists.

Who are the New York Knicks?

The New York Knicks are one of the most infamous basketball teams in the entire world. Based in New York, the team plays in the major league. As a team, they won two National Basketball Association championships back in the 1970s. The team, established in 1946, was part of the newly founded Basketball Association of America, which later became the NBA in 1949.

The New York Knickerbockers are on track to release an awesome NFT collection that pays homage to basketball and its culture. The collection consists of only 9 NFTs, each with different real-life and virtual perks.

Andre Vandenburg, one of the artists working on this awesome NFT collection, has shared a preview of this designed NFT on Twitter.

Excited to share this NFT collaboration with the @nyknicks & @coinbase in partnership with @squarespace. “KnicksVerse” is a celebration of everything I love about NYC: basketball, music, and culture. Head over to Coinbase NFT to see all of the “New York Forever” collection. pic.twitter.com/MbGT5zGrTq

As we know, there are only nine NFTs in this collection. Each NFT is different, designed by a different artist.

Jayson Atienza x Knicks: The Mecca. This gorgeous design is inspired by Madison Square Garden from an aerial view, depicting the energy and excitement during a game or show.

Andre Vandenburg x Knicks: Knicks_Verse. This animated NFT is visually super exciting, encapsulating the artist’s love of basketball and the energy of New York City in a night light.

Andrea Bergart x Knicks: Twilight Court. This NFT is inspired by NYC basketball, along with the often chaotic, colorful lives we lead.

Adrianna Hinsey x Knicks: The Ladies’ League. This NFT honors women in sports, and the feeling of being at a sports game.

Walid Bukhair x Knicks: The Center of the Universe. This NFT is simply inspired by one of New York’s most popular nicknames.

Ali Rousos x Knicks: New York Goes. This animated NFT is based on life in New York City, and more specifically, the subway.

Freehand Profit x Knicks: Statue of LiBEARty. This NFT is inspired by the city, and lighting the way in life, no matter how hard things get.

The auction will be held on Coinbase, and will be present for 24 hours. Bid increments will be .1 ETH, and the starting price for each NFT will be .2 ETH. A maximum of one hour will be allotted for each bid placed in the last 2-minute window. Each NFT is therefore priced competitively and at a high level. In the event that no bid is placed within ten minutes or on the 25th hour, the bid will expire.

All winning bids will go to this link to confirm token ownership verification. Coinbase auctions ensure that buyers compete to acquire an item, with prices increasing depending on how much people are willing to pay. By placing a bid at a certain amount, you are committing a certain amount of funds into a smart contract, which will automatically purchase the NFT if you are the winning bid.

As this collection is available on Coinbase, you will need to bid using Coinbase. Auctions will typically have a minimum bid present, and for this collection, this is .2 ETH. Placing a bid on Coinbase is pretty easy. To place a bid, take a look at the details on the actual page of the artwork. If the NFT is an auction NFT, you can place a bid and see the other bids in the activity section. Enter the amount you wish to bid and set an expiration date for this bid. Of course, this will depend on the NFT.

What Perks will Purchasers Have?

You’ll receive some amazing real-world perks if you purchase one of these New York Forever NFTs. A pair of lower-bowl tickets to a New York Knicks home game at Madison Square Garden is included (the Knicks will determine the game’s date). Two passes will also be available for the Knicks Kicks and Cocktails Gala. This event is presented by Coinbase and scheduled to take place in New York City in February 2023. The original purchaser and guest must be over the age of 21. 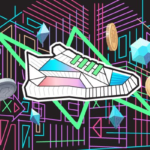