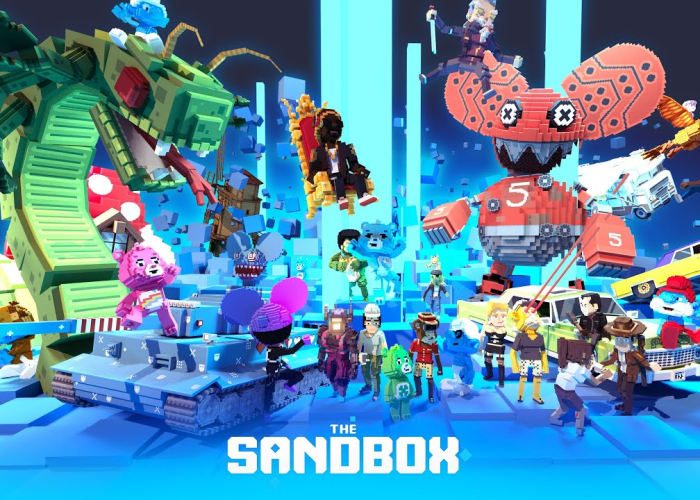 The Sandbox team has finally revealed all the winners of Alpha Season 3. The season, which is one of the most successful in Sandbox’s history, concluded on November 1st.

It was a great opportunity for the meta to test out its play-to-earn mechanics and the leaderboard feature as well. There will be a lot to learn from Alpha Season 3, but for the winners, it’s smiling all the way to the bank.

Alpha Season 3 kicked off on August 22nd. The season featured over 90 experiences and ran over a period of 10 weeks. Big-name brands were also involved in these experiences, including celebs like Snoop Dogg, Paris Hilton, and others.

In total, the reward pool for the season reached 1.5 million SAND tokens. And even though there have been a few challenges in the leaderboard system since the launch, overall, the Sandbox has done a pretty good job.

Nonetheless, the overall winner of Alpha Season 3 will take home 30,000 SAND tokens. According to data on CoinMarketcap.com, a single SAND token was trading at around $0.6 at the time of writing this post. The other players in the top 10 all receive up to 5,000 SAND tokens each.

However, the earnings do not end there. In this year’s Alpha Season 3, the sandbox team wanted to give as many folks as possible a chance to win.

Although Leaderboard rewards will, of course, hog all the headlines, there were still many additional rewards during the course of Alpha Season.

In fact, the Sandbox hosted a live stream event in the meta to mark the end of Alpha season 3. Here, users were able to win several goodies, including SAND tokens.

There was also another competition where users were invited to submit some of the most entertaining and interesting moments in Alpha Season 3. The top moments of the season were then put to the vote, and the winners received additional rewards.

A Few Challenges Along the Way

Alpha Season 3 was a great experience for lovers of the meta. However, it was not foolproof, in fact, there were a few challenges along the way. For instance, just as the season was in full swing, the Sandbox confirmed that it would implement a major update on leaderboard rankings.

🚨 In order to provide a fun and fair playing field for all, we have made some updates to the leaderboard on selected experiences that were affected by patching glitches.

This update’s goal was to enhance the game’s fairness while making it as competitive as possible. It changed how players are ranked and how EP points are allocated.

The good news is that the Sandbox has tried to improve its anti-cheating mechanisms. The Metaverse has actually worked using user feedback and other inputs to create more transparent and competitive p2e mechanics.

It’s also worth noting that all this is still in the testing phase. The team will try to learn as much as possible and see what kind of improvements are viable in future seasons.

Alpha Season 3: The Success So Far

The third Alpha season was supposed to build up on the success of Alpha Season 2, an event that had attracted up to 325,000 players inside the Sandbox metaverse.

Based on the stats so far, it seems things couldn’t have gone any better, especially considering that we are facing one of the worst bear markets in history.

According to preliminary data released by the Sandbox about four weeks ago, Alpha Season 3 had already clocked well over 200,000 users. This was even before the season closed.

Also, the season was averaging almost 40,000 daily players. Over 1.6 million users were visiting the Sandbox during the event in just 30 days.

It is clear that these numbers may still change when the final count is done. But they still represent a massive leap for the Sandbox.

What Does the Future Hold for The Sandbox

There is no arguing that right now, The Sandbox is one of the biggest, if not the biggest, metaverse platforms in web3. Others like Decentraland are up there, but the Sandbox is slightly ahead in terms of users.

But can the meta platform keep up this upward trend? Well, it depends on many factors. For instance, the metaverse industry is still in its infancy. But over the past few months, some of the leading tech brands have started to invest heavily in building the metaverses of the future.

Whether the Sandbox will be able to compete with these big tech giants remains to be seen. Nonetheless, there is a lot of effort to make the platform more advanced, more user-friendly, and even more exciting for the community.

We have also seen major celebrity and brand partnerships in the Sandbox. Besides, the platform is also making one of its biggest LAND sales. If these efforts continue, the Sandbox will be much better in the months and years ahead.