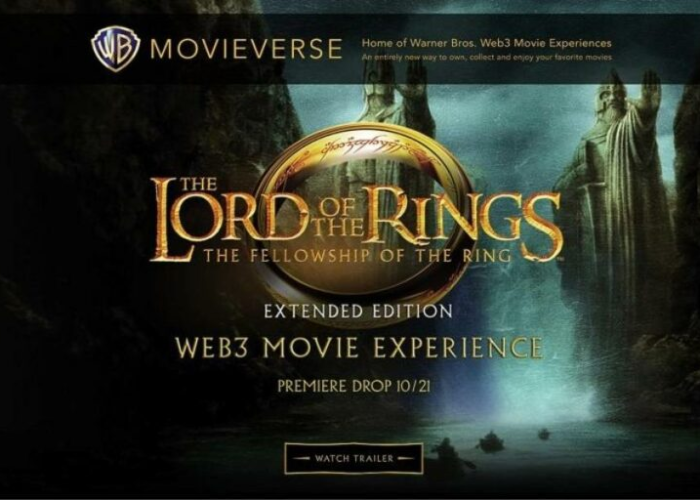 Warner Bros. Discovery, has announced that it will be releasing an NFT collection featuring events from the popular movie: The Lord of the Rings: The Fellowship of the Ring. The company also stated that it would be collaborating with Eluvio, a blockchain platform, regarding the release. This is part of the company’s plans to move and give more to movie fans.

The popular global entertainment company is gradually tapping into the world of Web3 and is hoping to offer exclusive services. Just recently, it set up a Web3 site for its WB Movieverse project. Also, the company plans to add more titles to its NFT marketplace in the future.

Basically, non-fungible tokens (NFTs) are unique digital assets that operate on blockchain platforms. They secure ownership by providing exclusive rights to the owner. By combining the power of blockchain technology with real-world value, NFTs can be utilized for numerous purposes.

Introducing a #Web3 Movie Experience that has never been seen before! LIVE tomorrow. Exclusively at https://t.co/F9PD5GqXdA 📽️ pic.twitter.com/ZEjNwa9vun

As announced, the NFT collection for The Fellowship of the Ring will be released on October 21, 2022. With the release, collectors and fans will get the opportunity to purchase limited-edition multimedia NFTs of the popular blockbuster.

Interestingly, both editions will give buyers the opportunity to watch the full extended version of the movie in 4K. Also, they will gain access to over 8 hours of special features, numerous images, and hidden AR collectibles.

“First and foremost, we’re always looking for ways to delight and surprise our movie fans and collectors, and that’s especially true for ‘The Lord of the Rings’”, commented Jessical Schell, General Manager and EVP, Warner Bros. Home Entertainment, adding that “it lets fans experience the movie in a whole new way.”

According to Schell, the 2001 blockbuster is an “evergreen” movie that has gained a passionate fanbase. Notably, the launch of the movie’s NFT collection falls amid the release of The Lord of the Rings: The Rings of Power by Amazon’s Prime Video. The most expensive TV series of all time released its final episode last week.

Eluvio, a functional blockchain platform, will be hosting non-fungible tokens (NFTs) through its Ethereum-compatible network. And it will be overseeing the successful launch of the collection on October 21, 2022.

“The core digital assets themselves, not just the token, are on the blockchain,” said Michelle Munson, Eluvio’s CEO, in an interview with Decrypt. “They’re both owned and attested to and all of the streaming that you’ll see with the film is authorized and distributed from blockchain.”

As mentioned earlier, Warner Bros. dedicated a new website to web3 content, with the title: WB Movieverse. According to the company, The Fellowship of the Ring is the first NFT collection in the WB Movieverse. However, it assures all that more are yet to come.

Notably, the extended version of The Fellowship of the Ring has been available in past releases from Warner Bros. Home Entertainment. Similarly, the 8 hours of special features have also been available. But with the movie’s NFT, buyers can get an all-in-one experience plus the hidden AR collectibles at different locations in the movie.

While the blockbuster will be available in two editions, it is also streaming (in both standard and extended versions) on HBO Max at the moment. As such, purchasing an NFT might be a puzzling idea.

However, the involved parties – Eluvio and Warmer Bros. – are saying that the Web3 version of the 2001 blockbuster is a “living movie experience.” So, instead of just a regular movie, the NFT launch will create a better connection between fans and the movie’s entirety.

“Warner Bros. can personalize content for each NFT – to make it more of a gamified experience over time,” commented Eluvio’s Michelle Munson.

Speaking on how the total number of NFTs was decided, Schell stated that, “It’s that balance between wanting it to be available to fans, and also wanting it to have some level of scarcity and exclusivity” that brought about the idea.

How to Purchase a Lord of the Rings NFT

Eluvio’s media wallet will serve as digital storage for users. That is, to get one of the NFTs, users need to create a wallet on the Eluvio platform, making it easy to stream and store their NFTs. Also, users can use their credit cards or other crypto wallets to purchase the Fellowship of the Ring NFTs.

Eluvio is simply a content blockchain network. Since it began operations, the platform has been concerned about Web3 content storage, streaming processes, distribution, and tokenization of content. With its carbon-efficient infrastructure, Eluvio strives to offer the best service in decentralized data storage and crypto content management.

Abbreviated as WBD, it is an American multinational entertainment company based in New York City. The company functions as a “premier global media and entertainment” giant with several exclusive services on its record. Notable movies from the company include Harry Potter and the Deathly Hallows, Aquaman, Joker, I am Legend, Wonder Woman, and The Dark Knight Rises. 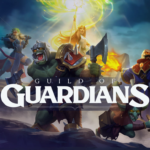