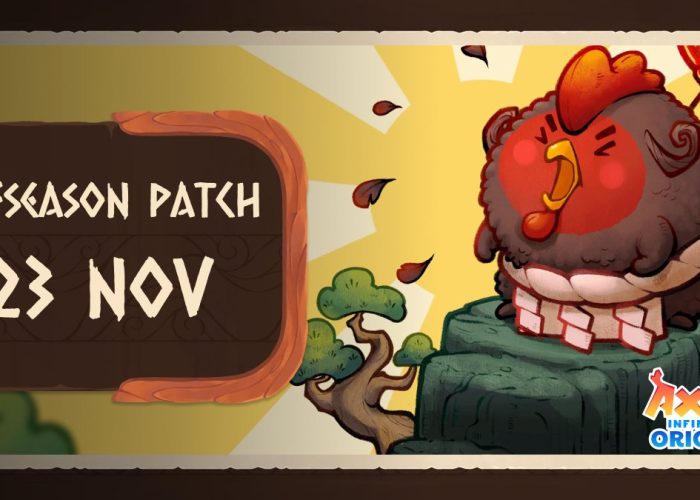 Axie Infinity, the top metaverse game, has released another update with regard to its famous experience, Origins. The announcement, released via the platform’s Twitter handle on November 22, 2022, contained details about Origins in maintenance. Similarly, it also contained details on the newly added perks that players are sure to enjoy in due time.

Notably, the update was referred to as a “major offseason patch,” and Axie Infinity will be releasing two patches. Also, this is due to the fact that Season 1 of Axie Infinity: Origins ended on November 14, 2022. While Season 2 is on its way, the platform decided to deploy the off-season patch.

While there are two patches to be deployed, this is the first. However, the second patch will be released with exclusive perks. As such, players should expect balancing changes featuring a card variety as well as a variety of Rune or Charm.

Origins is in maintenance while we deploy a major update!

Axie Infinity released an offseason patch to give more experiences to players, allowing them to earn more rewards in the process. As announced, this is the first of two major offseason patches, so players are advised to be on the lookout. While this will attract new benefits, it is equally a welcome idea.

New features have arrived, and new game mechanics are present in this offseason patch. Also, these features have covered areas including charms, energies, and Blood Moon. Furthermore, Axie Infinity has responded to bugs relating to game hanging and in-game mail.

Additionally, the overall user experience has been improved. Now, there are new VFX effects as well as newly aminated elements of the game. Similarly, players will be able to manage their games effectively, leading to a better quality of life on the platform.

With enough consideration for other new mechanics, the Base HP of NFT Axies are now increased. While maintaining the original game idea, this new development will help players to keep up with the game’s pace. Basically, this will extend the survival limit of Axies in battles.

As observed, most games are usually decided at the early minutes of matches. This gives players little or no room for interesting comebacks. Notably, this has moved players into getting damage mitigation and bonus health from charms, “just to survive the early game.”

However, with the improvement, players will be able to check out other charm loadouts. Also, this is because the Effective HP received by players is lower than it previously was. Although Starter Axies will be improved later, naturally, Axies should be able to survive long periods in battles.

Notably, Runes and Charms are integral parts of the Origins gameplay. As such, utilizing Axies of different classes can help players in winning games. However, Axie Infinity has noticed players restrict themselves to some class of Axies that have “truly effective” Potential Points.

Neutral Charms Can Be Equipped with Mixed Potential Points

Moving on, the platform considered that low-purity Axies in specific classes would have bonus points that could be spent only on less efficient charms. In worse cases, these Axies could not even use their Potential bonus Points. Examples include the cases of Dusks, Dawns, Mechs, and Imposter Axies.

Not only were the Neutral Charms considered neutral, but they could also be gotten by every class. However, the cost of equipping could be covered only with points of the same Card Class. Following the rework of the Potential Point system, Neutral Charms will be acquirable with a mix of points from any class.

On the Axie platform, there are several effects that give players extra energy. In turn, they were able to outperform their opponents, sometimes with some bit of luck. In response, many players were pressured, leaving most of them to playing energy gain.

It is believed that games would feel extremely swingy when players would “high/low roll” their card draws. In this case, a great deal of the game depends on the luck of the draw. As a result, players could find themselves “getting snowballed, especially after losing an Axie early in the match.”

How Are Energy Fragments Collected?

It is noteworthy that “the number of Energy Fragments required per Energy Bust is increased each time.” They can be collected via three ways:

As a functional mechanic, Blood Moon is designed to monitor the timely completion of matches. It causes environmental damage, and because of that, the original idea of sustainability was created. This allows players to outlast their opponents, extending the games longer than they normally would.

Basically, teams that want to come back in matches should be able to build positions that will counter their opponents. Then, they will be able to finish off their opponents and claim the win. In that regard, Axie Infinity is introducing feasible effects for win conditions.

Blood Moon will be reworked in a way that all Axies will experience permanently reduced Maximum HP in each turn. This is contrary to the usual technique of causing environmental damage on all Axies present on the field. This makes the game interesting, as players will need to increase Maximum HPs to delay the Blood Moon effect.

According to Axie Infinity, “Secrets can no longer be dispelled.” Rather, they can be removed only by special effects. A notable example of such effects is the [Arco]’s.

Currently, the overall gameplay of Origins is well improved compared to the previous season. It is noteworthy that players have complained about the game hanging, especially when they have too many Axies. However, the bug has been fixed and players can load their games without fear of hanging.

Also, the in-game mail now loads mail on the current account. In the past, complaints were made that the in-game mail loads mail from previously logged-in accounts. In that regard, Axie Infinity has fixed the issue and now, players have nothing to fear.

In the aspect of visual effects (VFX), the game’s overall display is captivating. Even when crafting, players can enjoy the new VFX and animations added to the game. Interestingly, various elements in the user interface of the game are now animated. 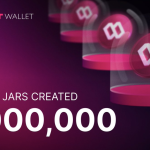