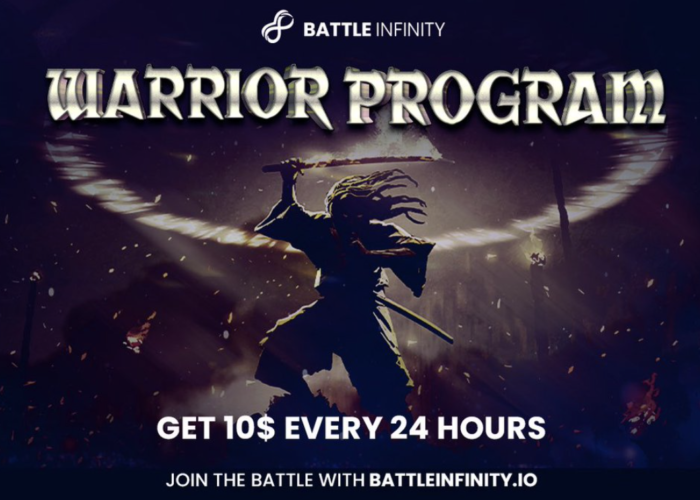 Users who participate in the Warrior Programme are eligible to receive ten dollars once every twenty-four hours. The reward is given to the user who has the most recent and significant activity.

What is Battle Infinity?

Battle Infinity is an online gaming platform that bills itself as the first fully distributed metaverse gaming ecosystem.

In the ecosystem, they host a variety of player-versus-player (PvP) battle games that take place in a virtual space they call “The Battle Arena,” which is part of the larger Metaverse. In the Battle Infinity world, players can do more than just play and fight; they can also take in the sights and sounds of the Metaverse itself.

What is the Battle Arena?

The Battle Arena is a virtual space where players can engage in a wide variety of activities. In the Battle Infinity universe, players can do more than just fight; they can also interact with other players, put on shows for each other, watch others perform, and even go on exploratory missions through the virtual Battle Arena world.

Moving on to the metaverse, this idea can be understood in a variety of ways by a wide range of people. The metaverse virtual world is the most important component of the Battle Arena aspect, which is part of Battle Infinity.

The team hopes to usher in a new era in the gaming industry by uniting it with the metaverse and blockchain to create a decentralized system that puts the power in the hands of its users and creators and makes the gaming ecosystem impenetrable to dishonest intruders while providing players with a safe, boundless environment in which to lose themselves.

IBAT Premier League, which is a fantasy sports system, and the IBAT Battle Arena are both features that are included in Battle Infinity. Additionally, the IBAT ecosystem will include:

Who makes up the Battle Infinity team?

Battle Infinity was established in 2022 by Suresh Joshi, a seasoned marketing professional, and Jagjeet Jena, a graduate of Uttranchal University in India, who currently holds the position of Chief Executive Officer of the ecosystem.

Aside from Joshi and Jena, the team consists of the CTO Vinay Chhabra, the lead developer Ajeet Gill, the graphic designer Abhinav Chhabra, and the content writer Ashita Mishtra.

Battle Infinity has its own native token, the IBAT token, which is a requirement for any blockchain-based network. The Binance Smart Chain blockchain serves as the foundation for the IBAT cryptocurrency.

Because of this, we should refer to it as a token rather than a coin for purposes of terminology. You might hear references to things like an IBAT coin price prediction or the Battle Infinity coin price, but those references are not accurate in the strictest sense of the word. Remember: IBAT is a token!

IBAT is the currency that people use to buy access to the features that Battle Infinity has to offer. For instance, one of the features is the IBAT Premier League, where users are required to purchase an NFT pass in order to participate. In the beginning, the funds are kept in the IBAT Stake Pool.

Overall, the IBAT token, which can be bought, sold, and traded, will also be used to make it easier for people to advertise their products and services within the network.

What are NFT Passes?

NFT passes are exclusive to each user and grant them access to both the Leagues and Matches. Every non-fungible token (NFT) that is used in the game can be traded.

In the Battle Market, all users are able to trade their whitelisted NFT passes, which are passes awarded for winning an NFT, and liquidity is also provided for automated trading.

How does Staking work in Battle Infinity?

There will be two different staking systems:

Don’t worry though, as a layer 1 protection protocol is included as one of the other features of the token. This protocol makes the owner’s address bulletproof from attackers.

The Warrior Program on Battle Infinity matters because it is a brand-new way to incentivize users. That includes both new users to sign up and potentially make more money and old users who may not have been playing Battle Infinity as often as they used to.

By putting $10 on the line every 24 hours for the most active player that past day, the Battle Infinity team is hoping to boost player interaction and continue to sustain what the company calls itself: the “Multiverse of Metaverse”.

This move is part of the Battle Infinity team’s ongoing marketing campaign for their IBAT coin staking.

The popular NFT gaming platform Battle Infinity, for instance, has been actively soliciting users to join its staking program over the past couple of weeks, as reported by Mustapha at Play to Earn Diary.

The primary motivation was to provide a means for users to increase their earnings (via yield) while staking their tokens.

Battle Infinity, a top-tier metaverse focused on fighting, announced on October 16, 2022, that it had passed a “humongous benchmark” of $5 million or more in total value locked (TVL).

This bodes well, as it suggests that a sizable fraction of the IBAT tokens in circulation have been staked. In addition, the staking program is currently active, and more users are encouraged to take part.

Notably, this news followed a string of tweets from Battle Infinity in which the platform displayed a total value locked up to $4 million. Users are urged to stake, and the game’s developers want to give them more in return. More returns can be obtained by staking one’s IBAT tokens.

As a result, Battle Infinity will be able to keep its promise of being a reliable p2e platform. 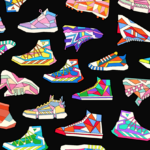 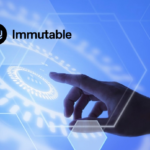